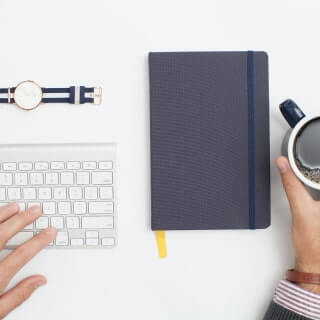 Jan 26, 2013
Conjugating verbs is one of the first and most important aspects of grammar we all learn: it's how we show not only the time period during which an event takes place, but also when that event happened relative to other events in the past, present, or future. In "The Writer's Guide to Tense, Pt. I and II," we looked at how to conjugate verbs for reference times (past, present, and future) and for relative events (e.g., two events both happening in the future or an event that started in the past and has continued into the present). All those tense were for events that had happened, are presently happening, or will happen in the future. But there's another set of tenses, the conditionals, that can be used to conjugate verbs when you're talking about events that might or might not actually occur.

What is the conditional?

Conditional tenses are used to discuss events that might or might not happen depending on other events. In other words, they're if/then statements. For example, in the statement "If you read this article, then you will understand how to conjugate conditional tenses," the event read this article might or might not happen, and whether it does determines if the second event, understand how to conjugate, will happen.

In general, conditionals can describe two broad categories of events - real and unreal, each of which is conjugated slightly differently. These two events are pretty much what their names suggests: if it's a real life situation, it's a real event, and if it's an imaginary situation, then it's unreal. When conjugating conditional tenses, unreal situations are indicating using modal verbs like would, should, could, and might (see below for more information on modals).
It might seem confusing when you see this difference written out, but most of us actually make this distinction in our heads without thinking about it in these terms. For instance, when I say "If I go out to dinner, I always order dessert," that's a real situation because going out to dinner is something that I do. But when I say "If I ever went out to dinner, I would order dessert," that's an imaginary scenario; the word would implies that I don't ever actually get to order dessert at dinner, but I would if the opportunity came up.

Below are a few terms and notes that will help you understand the conditional conjugation rules.
Independent clause. An independent clause is complete sentence that can stand alone. In the example "If I go out to dinner, I always order dessert," the second clause "I always order dessert" is independent.
Dependent clause. A dependent clause has a subject and a verb but can't stand alone as an independent sentence. In the above example, "If I go out to dinner" is a dependent clause - it doesn't make sense without the second half of the sentence.
If/when. If and when can both be used in conditional statement, but each has a slightly different meaning. The word when implies that something will happen, while the word if tells you only that it might happen. When isn't used for imaginary or speculative situations, since you can't be sure that those things will ever happen.
Modal verbs. Modal verbs are used to signify unreal conditionals. There are four main modal verbs that are used in conditional tenses, although would is probably going to be the one you use most often. Each has a slightly different meaning:

How are conditionals conjugated?

Every conditional statement has two main parts: the condition and the result. The condition is the if part of the statement: it tell you under what circumstances you can expect something to happen. The result is the then part of the statement: it tells you what you can expect to happen under specific circumstances. In the statement, "If I had a dollar, I would give it to you," the condition is if I had a dollar and the result is I would give it to you. Generally, the condition statement will be a dependent clause, and the result statement will be an independent clause.
Note that the above example contains the modal verbs would, which tells you that I'm discussing an imaginary condition. In other words, I'm imagining what would happen if I were to somehow find myself with a dollar. If I changed the sentence to read, "When I get a dollar, I will give it to you," now my sentence is real. I'm saying that I will definitely be getting a dollar, and that I will definitely be giving it to you. Remember, real conditions use only an if/then construction, while imaginary conditions use modal verbs.
To form conditional tenses, we're combining two clauses, each of which is conjugated separately. For real situations, the two verbs are in the same tense (e.g., both are simple present). If you're disucssing hypothetical situations, the two clauses will be in different tenses with the condition clause being one step back in time from the result clause. So, if something is going to happen in the future, the condition clause should be in the present; if we're speculating about something that will happen in the present, then the condition is conjugated in the past. For example, in the sentence "If I arrive at work on time tomorrow, I will bring you coffee," the result (will bring you coffee) is in the future, so the condition (arrive at work) is conjugated in the present tense. This doesn't mean that the event is taking place in the present-I'm still talking about an event that will occur in the future as my condition, but in this construction it is conjugated in the present tense.
This might seem pretty confusing, but with practice it's easy to conjugate conditionals correctly. In "The Conditional Tense, Pt. II," we'll look at just how we do that.
back to all posts
RECENT POST

I completely forgot about the essay, and this service became my lifeline! Received my essay in time and it looked so good like as if I worked on it for weeks! You are the real pros, guys!