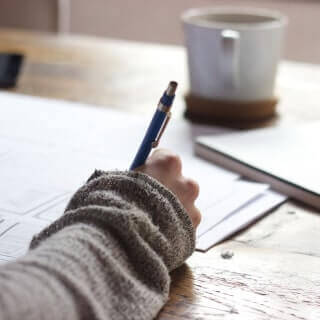 Writing about science, as well as the whole process of any scientific investigation, is a demanding task. This academic style has its own rules and guidelines that frequently differ substantially from how we're taught to write strong essays in English or history. In those classes, you may have the freedom to organize the information as you wish. But, any scientific assignment has a rigorous outline that every high school and college student must follow. But why do science papers have such specific rules? The answer lies in the scientific method.

What is the Scientific Method Essay?

The scientific research methods imply an application of a certain technique for asking questions about the world around and answering those by using empirical data. It could be information gathered from observations or any other reliable and relevant data you can use to test a hypothesis. For hundreds of years, it's been the standard for a good process of research conducting. Every development or discovery you hear about in Physics, Chemistry, or Biology was studied using a particular scientific method. Today, students are taught the processes of scientific investigation from an early age. Most post-elementary children will have a basic idea of how to formulate a subject question, collect relevant data, and answer the issue.

While almost every science area is as old as civilization itself, the methods as we know them today didn't develop until the 17th century. Then, philosophers, including Francis Bacon, encouraged inductive reasoning based on observational evidence. They stated that using empirical evidence is the only way to make accurate claims. Over the centuries, there have been several competing philosophies that had different views on how exactly we can verify our belief or scientific theory. Then, Bacon's idea could have undergone significant changes. But with the help of such researchers as Galileo and Isaac Newton, his method became the model we still use today in the study of different issues.

This specific essay and its strategy are so widely established that most of us use it every day without even noticing. Let's say that one day you want to order a pizza. So, you look up the contacts of your favorite place and dial, but instead of getting the restaurant, you get an error message saying the number has been disconnected. Since you really want that pizza, you start considering what could have gone wrong:

In that scenario, you've completed all six steps in scientific inquiry without even intending to do so. Let's discuss the features of the elements predetermined by this paper.

The studies performed by researchers are much more complicated than our example. Scientists will work for years to test a question that is just a small part of a larger and more intricate theory. But it doesn't matter how extensive or complicated the question is - the basic idea is the same:

Now, when we recalled the requirements, let's discuss the way they affect your assignment.

Research and the Scientific Method Essay

You have to understand the scientific method's purpose. When writing on scientific matters, make sure your paper has a rigid structure. If you've ever written or read a research paper, you might have recognized the six steps listed above as the sections of the IMRAD model. IMRAD (introduction, methodology, results, and discussion) is the standard format for many academic assignments, and it is designed to provide students with a relevant essay writing strategy as well.

Many academic projects start with the introduction, which lays out the background information of your work along with the main question and hypothesis. In the methodology section, you explain the features of conducting your investigation. Then, you dwell on the results of your study, present your conclusions, and discuss extra avenues for any further investigations in this area. Consider the way of interconnection between the study and the scientific method you apply. Don't skip any step while carrying out your work - you won't be able to write a coherent assignment (essay, research, etc.).

Understanding the scientific method issue will also help you structure the ideas in your paper. Think of it as an hourglass:

Your paper should be structured just like the hourglass. Start with a broad introduction, then narrow the focus and concentrate on your subject matter, the main question, and even to the methodology used. The most precise part of your writing is about the specific results you got from the investigation. Then, you may widen your narration again - show what contribution or implications for your field those particular findings have. The paper ends with a discussion of what the next step in the research would be. And, one of the main features of the scientific method is that you may flip the hourglass over and start the whole process again to conduct a new experiment.

Have never ordered such serious papers, but your writers are amazing! It feels good to get a A in one click)