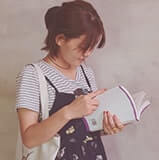 Dec 26, 2012
Like every field, English has its own professional vocabulary that describes everything from word choice to sentence structure. In order to be able to read intelligently and write about what you're reading, you need to know that vocabulary; it allows you to communicate effectively with other scholars. Learning the terms for these literary devices is an important part of being able to write clear, thoughtful analysis of novels, plays, and other texts.

Personification is giving human thoughts, emotions, or actions to inanimate objects. It's similar to a pathetic fallacy.
Example
The soup boiled angrily on the stove.

Polysyndeton is the use of conjunctions where they aren't grammatically necessary. It's usually used to add emphasis.
Example
For Christmas she asked for earrings and shoes and a new computer.

A portmanteau is a word formed by joining two or more other words. It's usually used to create a word that describes something that combines traits from two other items.
Example
dramedy, which is a combination of drama and comedy

A pun is a word or phrase that's humorous because it has two meanings.
Example
I crossed a cellphone with a skunk, and now the service stinks.

Satire is a style of writing in which human weaknesses and vices are ridiculed by the use of devices such as irony, sarcasm, and exaggeration. Satire is often humorous, but it's goal is usually to provide criticism.
Example
Catch-22, by Joseph Heller, is one of the 20th century's best examples of satire. The novel satirizes the military and government bureaucracy.

A simile is a comparison between two things that uses the words like or as.
Example
The freshly cleaned windows sparkled like diamonds.

Stream of consciousness is a writing style in which the words on the page depict the flow of a character's thoughts. The writing generally doesn't strictly follow grammatical rules, but instead has a loose, meandering style that mirrors the chaotic way that people think.
Example
"a quarter after what an unearthly hour I suppose they're just getting up in China now combing out their pigtails for the day well soon have the nuns ringing the angelus they've nobody coming in to spoil their sleep except an odd priest or two for his night office..." (Ulysses, by James Joyce)

Syllepsis is a grammatical construction in which a word that modifies several words is a series carries a different meaning with each word it modifies. It's often used for comedic effect or to draw attention to an idea.
Example
"You held your breath and the door for me" (Alanis Morrisette)

A symbol is a person, object, or place that conveys an idea other than the literal translation of the word. The secondary meaning is usually hidden or subtly suggested.
Example
In F. Scott Fitzgerald's The Great Gatsby, the green light at the end of the dock is a symbol for Gatsby's hopes and the American Dream.

In the medical world, synesthesia is a neurological condition in which the senses become linked or confused, for example numbers are seen as having colors. In literature, synesthesia is a term used to describe writing that attempts to draw a link between the senses.
Example
In Vladimir Nabokov's The Gift, the main character, Fyodor, describes how he sees the relationship between color and sound: "If I had some paints handy, I would mix burnt sienna and sepia for you as to match the color of a 'ch' sound.."

Understatement is when a word or phrase is less strong than would be expected from the situation. It's often used for comedic effect or to draw attention to something ridiculous.
Example
When somebody shows up two hours late to a party, it's understatement if they say "Sorry we're a bit late."

In general, verisimilitude describes the truthfulness of something. In literature, the term describes either how closely a narrative resembles reality or how plausible it is.

Characterization is the process an author uses to build a character. A writer can use physical descriptions of a character and give details of the character's thoughts, actions, and words as well as many other techniques to give the reader insight into the character.

In a narrative, the climax is the point of highest tension. It's when all the parts of a plot come together; after the climax, the main conflict can be resolved.

The denouement is the closing of the story. It follows the climax and ties up loose ends or unresolved issues in the narrative.

Diction refers to the author's word choice. When analyzing diction, you should consider how specific words impact things like tone, characterization, and symbolism.

Motifs are symbols or images that are repeated throughout a narrative. These recurring devices can help build theme, character, and tone.

Narrative is another word for story: it's the series of events that together comprise the rising action, climax, and resolution of a story.

Plot is the action of a narrative. It's what the characters do throughout the story.

The setting is where a story takes place.

A theme is the main subject of a novel. It's what the story is about-the idea that ties the plot, motifs, and characters together. The theme isn't necessarily the message of a story. Instead, it's the just the general topic the work explores.

Tone is the attitude the author takes toward the subject and the audience. Tone can be formal, informal, friendly, and somber, among many other options.
back to all posts
RECENT POST

Thank you! I finally got a good grade thanks to you! My tutor said that it was my best paper for the past year! Will recommend you to my friends)

Like your services! Your customer support is very nice and attentive. I used several writing companies and I know the difference now. Your attitude to your clients is the best!