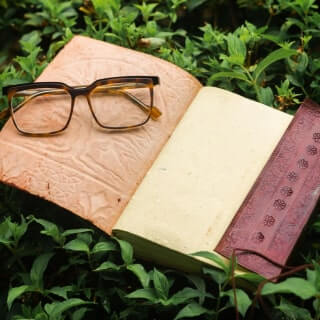 Dec 24, 2012
Every academic discipline has its own vocabulary, and English is no different. Authors use all kinds of verbal gymnastics to tell stories that are effective and beautiful, and all those tricks have specific names that you need to know before you can write a good English paper. Authors choose their words carefully, and when they use figures of speech or pick particular words for the way they sound, you need to be able to talk about what those choices mean using the appropriate vocabulary. Below are some of the most common literary devices you might be asked to discuss in a literature paper.

An allegory is an extended metaphor in which concrete characters, places, and objects stand in for concepts or ideas.
Example
The Chronicles of Narnia by C.S. Lewis is a Christian allegory.

Alliteration is the repetition of the same sounds at the beginning of words
Example
trifling treats, happy home

When an author refers to another piece of art in his writing without explicitly explaining the work he's referring to it's known as an allusion.
Example
"April is the cruelest month:" this line, which opens T.S. Eliot's The Waste Land, is an allusion to Chaucer's Canterbury Tales, which begins with the line "When April with his showers sweet with fruit."

An analogy is a device that shows the relationship between two ideas or objects by comparing them to similar ideas or concepts.
Example
Just like you can't have flowers without rain, you can't have growth without a little bit of pain.

When the normal order of language is inverted it's known as anastrophe.
Example
"This is the forest primeval" (from Evangeline by Henry Wadsworth Longfellow). In normal usage, the adjective primeval would come before the noun forest.

Anthropomorphism is giving human qualities to inanimate objects or ideas.
Example
The clouds danced across the sky.

An archetype is a universally understood symbol or idea. In literature, archetypes are common characters that occur across styles and time periods.
Example
orphans, fools, and star-crossed lovers are all common literary archetypes

Assonance is the repetition of vowel sounds within a phrase.
Example
Hear the mellow wedding bells. (Edgar Allen Poe)

When the conjunctions are left out of a sentence on purpose it's call asyndeton.
Example
We were taught we should "reduce, reuse, recycle" to help the planet.

Authorial intrusion is when the author of a piece of writing interjects the work to speak to the reader in his own voice.
Example
"The girl kept the letter, but never wrote back (can you really blame her, dear reader?). "

A bildungsroman is a story that details the personal growth of the main character, usually as he or she matures to adulthood or overcomes a series of struggles.
Example
Portrait of the Artist as a Young Man by James Joyce and The Catcher in the Rye by J.D. Salinger are examples of bildungsroman.

Cacophony refers to the use of unpleasant, harsh sounding words to create a negative tone in the text. It's the opposite of euphony.

A caesura is a deliberate pause within a sentence designed to create dramatic impact. It is usually indicated with a punctuation mark such as a dash or colon.
Example
It's impossible-there's no way she would do such a thing.

A chiasmus is a figure of speech in which two or more related clauses have an inverted structure.
Example
You can take the girl out of the city, but you'll never take the city out of the girl.

Circumlocution is when an author intentionally uses long, complicated sentences to say something that could have been stated more clearly. Often this is to intentionally confuse the reader or for comedic effect.
Example
She said she wanted to tell me something, but for the life of me I couldn't figure out what could be so important that she'd call me on Sunday, of all days, to come over to her house for tea and sandwiches.

Consonance is the repetition of consonant sound within a piece of writing.
Example
Tell Allie she'll never spell well.

A deus ex machina (literally, the machine of god) is a contrived or implausible character or narrative trick used to resolve the conflict at the end of a story. It's generally considered a sign of poor writing because it appears out of nowhere and doesn't fit with what's happened in the story up to that point.
Example
At the end of Euripides play Medea, the main character is taken out of the action by a flame-drawn chariot sent by one of the gods.

Ekphrasis is the verbal description of a work of art, for example a painting, film, or song.
Example
In the poem Ode to a Grecian Urn, the poet John Keats describes the beauty of the painting on a Grecian urn.

A euphemism is a figure of speech that describes something unpleasant or embarrassing in language that is less harsh and negative.
Example
Saying "passed away" instead of died.

Euphony refers to using pleasant sounding language in prose or poetry. It's the opposite of cacophony.

Foreshadowing is the use of phrases, images, and symbols to suggest an action that is going to happen further along in the story. It implies something may happen but does not state it outright.
Example
He felt a cold wind when he entered the room, but when he checked he found that all the windows were closed.

When words that normally belong together are separated for emphasis or to create a lyric effect it's called hyperbaton.
Example
"Object there was none. Passion there was none." (The Tell-Tale Heart by Edgar Allan Poe)

Hyperbole is intentional exaggeration. The over- or understate is used for emphasis, comedic effect, or to make an idea seem ridiculous.
Example
"I'm starving" or "This bag weighs a ton."

The use of words and phrases to build an image for the reader. Imagery relies on activating the reader's five senses.
Example
The warm sunlight streaming in the window brightened the room, and the clean smell of grass wafted in.

When a rhyme occurs within the same line or phrase it's called an internal rhyme.
Example
We ate late.

Inversion is when words are intentionally put out of their normal order. It's often used interchangeable with the term anastrophe.

There are several different types of irony, but it usually refers to a phrase in which the literal meaning of the words is different from what the words actually mean in context.
Example
Saying "That's beautiful" about something that is obviously ugly.

Juxtaposition simply means to place two things next to each other. In literature, this effects is usually used to compare and contrast or for emphasis.
Example
The play was enjoyed by the young and the old.

When a compound word is used figuratively in place of a concrete noun. Kennings are used widely in Old Norse and Old English poetry.
Example
whale-road (meaning ocean)

A malapropism is when words or phrases are replaced with similar sounding words that have very different meanings. It's usually used for comedic effect or to show that a character is flustered or not very intelligent.
Example
In Shakespeare's Much Ado About Nothing, a character says "Our watch, sir, have indeed comprehended two auspicious persons," when they meant to say apprehended two suspicious person.

A metaphor is a comparison between two things that doesn't use the words like or as.
Example
The dancer was a graceful swan on the stage.

Words that imitate like the sounds they describe are onomatopoeias.
Example
slap, pop, buzz

An oxymoron is when two words with opposite meanings are paired together to form a phrase that still makes sense.
Example
jumbo shrimp, living dead

A paradox is the juxtaposition of two ideas that should be opposites, but when paired together reveal a deeper truth.
Example
You have to be cruel to be kind.

The pathetic fallacy is the attribution of human emotions or thoughts to inanimate objects. It's similar to personification. Unlike in the sciences, where the term has a negative connotation, in literary criticism it's a neutral term.
Example
"The stars will awaken / Though the moon sleep a full hour later." (Percy Shelley)

When a sentence has periodic structure, it means the main clause has been placed at the end of a sentence instead of at the beginning.
Example
Excited and full of hope, on Christmas the boy opened all his presents.

Periphrasis refers to when a long, wordy description is used in place of a shorter, more obvious word or phrase.
Example
Using "The room where we do all the cooking" in place of "kitchen."
back to all posts
RECENT POST

You saved my time! I am always so bored to write essays, but you changed my life. You provide high quality essays and no hassle with the process. I like your site and how friendly it is. I think I will order my term paper with you next month.

Hi! This was the first time when I decided to use such kind of company. Actually, I was not sure if you are able to complete this task. I used to perform all my reports by myself. However this time I had no time due to some urgent issues. Well..what can I say. You have exceeded my expectations. Well done! Will definetely continue my cooperation with you and will reccomend you to my friends!