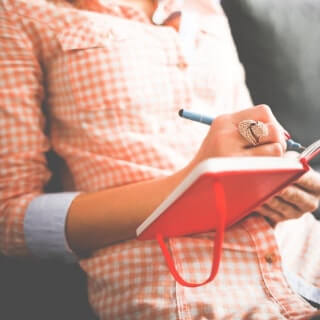 Being able to put together a coherent sentence is a vital part of any piece of formal academic writing.

Errors in the sentence construction will not only make your paper difficult to read but also significantly lower your respect ranking. To help you ensure that your writing is error-free, we've put together a list of the most common grammatical errors, construction mistakes, and the ways to fix them.

Before we start, we want to take a look at what makes a sentence.

There always has to be a subject - what it is about, and a verb - what the subject is doing. A phrase that has both of those and can stand alone is an independent clause.

This can be something as simple as "The girl jumped." To make the sentence more specific, you can add other parts of speech like prepositions, appositives, adjectives, adverbs, and direct or indirect objects: "The girl, who was on the track team, jumped over the hurdles easily."

When two independent clauses are joined together with a comma, it's an error known as a comma splice. To fix a comma splice, add a conjunction (e.g., and, but, or) after the comma or remove the comma and add a semicolon.

Both "The girl wanted to get a dog" and "her brother wanted to adopt a cat" are independent clauses that are complete sentences on their own, meaning they can't be joined with just a comma.

To look for comma splices in your work, highlight a sentence in your paper where you have two parts joined with a comma. If both parts can stand alone on their own, then it's a comma splice.

Independent clauses that are strung together without any sort of punctuation are run-on sentences. Those can be fixed by dividing them into separate ones by using a conjunction or adding a semicolon.

Both "dinner is ready" and "we'll be eating in just a few minutes" are independent clauses that can exist as complete sentences, thus they can't be joined without the correct punctuation.

There are the clauses that lack a subject or a verb and are therefore not complete on their own. They should be rewritten as complete. A sentence fragment may be a dependent clause that can be combined with nearby sentences to remove errors.

Again, "if you look closely at her work" is not complete. Every sentence with an "if" needs a consequence, i.e., if something occurs, what goes next?

Misplaced commas in a series

When three or more items are combined in a series, they should be joined by commas that follow each item except the last one. The comma that comes before the conjunction (known as the Oxford comma or serial comma) is optional: some style guides require it while others allow it to be left out. If it's needed to clarify the meaning of the sentence, it should be included.

The first example is missing all the needed commas. The second example has an unneeded comma before "flashlight," the first item in the series.

Sentences can be incomplete if certain keywords are missing. Below are examples of words that are commonly left out, leading to sentence structure errors. If you're having trouble identifying the missing words, try saying the sentences out loud to see if you can hear the mistakes.

This sentence is missing indefinite articles (a/an/the). Nouns (in this sentence "oven" and "bread") will almost always need one of these articles to make the sentence complete.

Prepositions are words that describe the spatial or temporal relationship between two things. This sentence is missing the proposition "at" which is almost always paired with the verb "arrive."

A sentence with multiple subjects joined by "and" is considered plural.

Subjects that use either/or and neither/nor are considered singular.

When a group is acting together, the verb should be singular.

There may be many individual people in the class, but here the class is acting as a single unit.

The modifiers each and every (i.e., each student in the class; every girl on the team) take a singular verb.

An appositive phrase is a series of words that modify a noun but which cannot stand alone as its own sentence. Appositives are added to independent clauses, meaning if you take them out, the original sentence is still complete. It is necessary that they are set apart in a sentence by commas before and after.

The phrase "a doctor at the city hospital" is an appositive phrase that describes the boy's father. It cannot stand alone. Because it is inside the complete sentence "the boy's father rushed to make sure he was alright," it should be set apart by commas.

Train Yourself to Be Grammar Savvy

These are only a few of the all possible mistakes, but there are countless other nuances you need to pay attention to when you are in the process of creating your text (relative clauses alone are scary!). Simply memorizing the textbook rules is not enough! You have to put theory to practice, constantly evolving and building yourself to be an expert in academic writing.

Start by proofreading not only your own texts but also everything you notice around you. Develop a habit of reading when you're commuting because it sure needs analysis!

Signs and posters, ads in the subway, popular and scientific magazines, etc. The latter will be particularly useful for you as these journal articles utilize the language you need to implement in your own writing. They also touch on topics you can benefit from. Many things at the beginning of such publications have the most relevant and helpful insights into the world of grammar and information about everything you may need! The result of the study of these sources will do a lot of good for you!

Imagine polishing your paper and handing it to your professor, thinking that it is the most exquisite piece he could read in his life, but you still get graded a "C"!

You will easily avoid that with our professional service for the cost of a good dinner! The price for the assignment may vary depending on different factors, but you can be positive that the quality will be top-notch! It is very important for us that you succeed. Do not hesitate to use the company for students that has helped more than ten thousand people - place your order!

Don't like lab reports much because of all that preciseness, numbers, and details. So, it was a real relief to order my lab report here and forget about spending a night over this thing. Thanks for prompt and high-quality support!