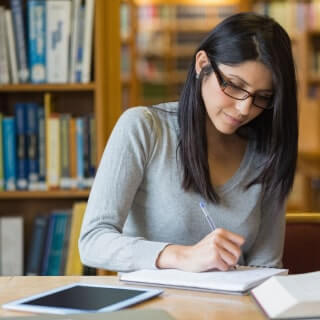 Everything You Need to Know About Style: CSE

After all the hard work you have put into researching and writing, spending extra time formatting your paper might not seem all that necessary. Things like citations, margins, and spacing don't seem nearly that important compared to what's actually in your academic paperwork, and sorting through the formatting guidelines can be irritating. Yet, despite their annoyance, those formatting rules are a vital part of turning in a complete research paper for college or university: your professor will notice if you've paid due attention to the details and if you plan to publish scientific articles in the future, these rules are a must.

The Council for Science Editors (CSE) is a non-profit organization that supports scientific writers and editorial professionals. As for now, they have published the eighth edition of their CSE guide for all specialists who create scientific paperwork. This organization was established in 1957 as the Council of Biological Editors (CBE). Thus, the style described in the manual may be referred to as the original organization. In the CSE/CBE citation guide, you can find information about a Citation-Sequence system and a Name-Year system. There are plenty of other styles used in scientific subjects, so ask your teacher about which style guide to use.

Let's look a the basic points for the CSE formatting:

In general, you should use numerals for all numbers except zero and one, which should be spelled out. Words are only required for:

You should center the main headings and write them in capital letters. Moreover, double-space headings with the rest of the academic piece are required. The CSE guide encourages writing subheadings for idea separation within sections. The style manual also requires to center subheadings, italicize them, and format them in sentence cases (capitalizing only the first letter).

The Council for Science Editors guide requires to use of the serial comma. Thus, you should use it before the conjunction in a series (e.g., "We need to buy bread, milk, and butter.").

When formatting the research papers for college or university, you should follow the CSE structure: Abstract, Introduction, Methods (or Materials and Methods), Results, Discussion, References (or Cited References). You can include subheadings within each of these sections, but the headings mentioned earlier have to be the only main. There are no standardized headings for academic pieces that do not present the original research results.

You have to place these elements as close as possible to the place where they are mentioned in the research paper, so the professor will understand what information is demonstrated in them. The CSE manual requires labeling them in two groups (for example, Table 1, Table 2, etc., and then Figure 1, Figure 2, etc.). References to figures should be in brackets and may be shortened or written in full form (for instance, Fig. 5, Fig. 6, Fig. 7, etc.). You should specify the source in the figure description and not format it as a citation. All this information has to be placed below the figure. As for tables, you have to provide a short title and give a number above each table.

The Council for Science Editors guide lets you choose between the citation-sequence and name-year citation styles. Let's review them in more detail:

In this case, you should cite all sources by indicating a number either in superscript or brackets after the cited material. The CSE manual requires to list numbers starting with one and refer each number to the following source in the Reference section..

Several species have been found to rely on S. alternaflora for food, including Snow Geese1 and several kinds of snails.2,3 S. alternaflora is also important for building a strong marsh ecosystem. It traps sediment and debris, gradually building embankments where other species, such as mussels, will settle.4 In hybridized form, S. alternaflora can become invasive.3

Note that two and more references can be included together, and when you refer the work to after it's already been cited, you should cite it with the same number as listed earlier.

On the Reference page, you have to list the complete information about your sources. It is required to number all entries to correspond with the numbers cited in the research paper. We will review some examples from several common source types below. If you quote the source in the text, add the page number to the end of the entry.

Book With One Writer

*Note: You should capitalize the first word of the title only.

*Note: Journal titles in CSE citations are abbreviated. You can look here for a list of title abbreviations.

The CSE manual also allows you to cite sources using the authors name and the publication year in parenthesis, a style similar to that used in other formatting guides like MLA and APA.

Several species have been found to rely on S. alternaflora for food, including Snow Geese and several kinds of snails (Walken 1996; Alwood 1998). S. alternaflora is also important for building a strong marsh ecosystem. It traps sediment and debris, gradually building embankments where other species, such as mussels, will settle (Weston, 2006). Walken (1996) also showed that in hybridized form, S. alternaflora can become invasive.

When a source is quoted directly, the page number should be included in the parenthesis, for example (Alwood 1998, p 127).

The Council for Science Editors guide requires gathering all cited sources in alphabetical order (by author's last name) in the Cited References section. We will show some examples of common source types below. Remember that items are the same as those we have used for the citation-sequence style, except for the publication date, which we have to move to follow the writer's name directly. Moreover, you do not have to number references in the list.

Book with one author

It's not my first rodeo, so I knew I'd receive a good essay, but you managed to exceed my expectations! The paper was delivered on time, everything was cool, thanks a lot!

Very good work and affordable prices. Others charge extra for nothing, all those additional services are nothing. Thank you for real client oriented services!