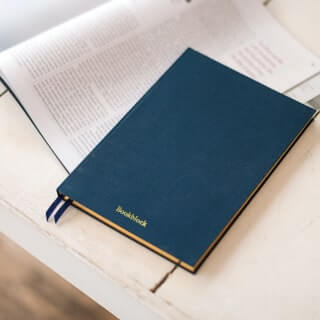 Dec 21, 2012
Quotations as well as dialogue are very powerful components of any piece of writing. Using quotations to share authoritative or expert advice and commentary can not only improve reader comprehension but also add a valuable perspective or view on a topic. For research papers specifically, quotations work very well as evidence to support a particular point or claim. Whether from a specialist in the field or interviewees in a particular study, each quote can be used to further substantiate an argument and validate an author's statements and claims.
Most of the sources used in research writing from which quotes can be taken will more than likely come from secondary sources. Unless using raw data from an experiment for instance, or first-hand accounts such as diary entries or interviews, most of the information you collect will come from books, journal articles, and reference materials. And when quoting from these sources specific guidelines need to be in place according to the reviewers standards, or in most cases, the styling guide that is required by a school or publisher.
There are many styling guides to choose from, with the most popular of them being the MLA (Modern Language Association), APA (American Psychological Association), Chicago/Turabian guides.

The MLA format is a very popular format requested by many teachers and publishers. It is often used for English literature, history, art etc. This styling format offers guidelines for formatting a paper, as well as providing in-text citations and a work-cited page (listing all of the sources cited in your paper). In addition it also provides other specifics such as how to formulate the title page and abstract (though abstracts are not required by the MLA handbook) of a work.

Short quotations: Since the MLA guide uses the author-page number referencing system, this information should be included in parenthesis at the end of the closing quotation mark. But if the name of the author is mentioned in a signal phrase then only the page number is indicated in the parenthesis. For example;
As Millington explained "The use of excessive force is never an option." (55)
*Note: The period should be placed in the quotation if it is part of the quote and after the parenthesis if it is not.
Long quotations: A long quote is considered to be anything that is more than four typed lines of prose or three poetic verses. The long quote should be placed as a block quote (standing alone, single-spaced) and be indented one inch from the left margin. There are no quotation marks surrounding such quotes and the in-text citations are written in a similar fashion as that of short quotations.

The APA format is widely used as well in many educational settings and throughout several journal and news publications. The APA styling guide is used for disciplines such as psychology, sociology, business, and education. Similar to the MLA it also uses in-text parenthetical citations; though instead of the author-page system it follows an arthur-date method of referencing sources and utilizes a reference page rather than a work-cited page.

A sample block quote for APA

When speaking about the APA, Doe (2012) stated:
The APA, otherwise known as the American Psychological Association, developed its format of writing sometime ago when a few people discovered the need for an organized method of citing references in and outside of the text of a work. A small effort has now become a staple and standard for many institutions. (p.1)
*Note: Since the author's name was previously mentioned it is not needed at the end of the quote.

This styling guide is almost identical to the Chicago Manual of Style but was altered somewhat by Kate L. Turabian with the intent of creating a guide specifically for students preparing various works such as research papers and dissertations. Therefore, students may decide to select this approach over the Chicago style if given the freedom to choose a styling guide. Also Turabian is sometimes considered the choice of those unsure of which referencing style to choose initially.

Short quotations: For the Turabian format footnotes are used to indicate the source of a direct quote. Most word processing programs have a footnote tool to use where a small superscript number will appear allowing you to then add the corresponding source of the quote at the bottom of the page.
Block Quotations: A block quotation is considered to be one that is at least 2 or more sentences long as well as taking up at least 3 or more lines. These quotes should be single-spaced and indented 4 spaces from the left margin. If the block quote is a relatively short one then it can be referenced using footnotes as well. But in the event that it is a pretty long then the source information should be enclosed in parenthesis, and include (1) the author's name (2) publication year (3) and page number.
*Another option for in-text referencing is the endnote. Sometimes required by instructors, the endnote is favorable because it saves more space on a particular page by sending the reader to the end of the paper for the full details of the referenced source.

A note about quotations

Quotations are great for all types of writing; due to their strong role in supporting arguments and providing an outside, authoritative voice for papers. Though sometimes issues may arise when they are not properly used or placed in affective, strategic and well-planned positions (also if used too frequently the writer's voice may be loss within the quotes). As a rule of thumb, when it comes to research papers, its usually better to insert quotes into a sentence or phrase unless a long quote is really warranted and deemed beneficial. Also to make sure that the writers argument is clear, a paragraph should rarely start off with someone else's words in a quote. And lastly, to maximize the overall benefit of quotations, try to keep them to a minimum in any paper and instead use summarizing and paraphrasing when possible.
back to all posts
RECENT POST