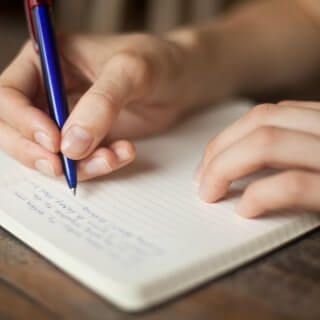 May 18, 2013
There are all sorts of writing guidelines that go into creating the academic writing style. Every field has rules about issues like tense, citation format, and paper structure, and learning those rules is part of the academic process. But there are also conventions that, while not as strict as those just listed, play just as important a role in academic writing as footnotes and methodology sections. One of these conventions is signposting-a writing technique that lets readers know what to expect from your work.

Signposting, like the name suggests, is the process of posting sign throughout your paper in order to help the reader make sense of your work. Like the symbols on a map or a freeway exit sign, the signposts in your writing will tell the reader where they are and where they're headed.
Think of your writing as being like a road. As they go from word to word and paragraph to paragraph, readers are travelling down that road, and, just like out in the real world, readers are going to have an easier time navigating if you give them some signs along the way. Of course, it's possible for readers to make their way through your paper without any signposting. But, just like it would be annoying to try to find your way to a friend's house by simply driving in circles, your readers don't want to have to work hard to figure out what's going on.
In academic writing, signposting is the process of putting in words and phrases that act like road signs for the reader. These words tell the reader what to expect from the paper, i.e., they tell readers where they're going and what they'll see when they get there. Signposts are important because they make papers easier to read and understand. Instead of readers having to go back and reread sections of your paper, you'll be highlighting and repeating the important ideas for them.

How to Use Signposting

So just how do you insert these signposts into your writing? It's actually an easier process that it might initially seem. In fact, you're probably already including some signposts as part of your regular writing process, and the key to good signposting is learning out to expand those signs and use them well.

The most basic signpost is something you probably already think about when you're writing: transitions. When you move from idea to idea and paragraph to paragraph you should be using linking words and phrases like on the other hand, furthermore, similarly, or as a result. These transitions help the reader understand the relationship between the ideas in your paper and will tell the reader what to expect from a sentence or paragraph even before they've read it.
When you use good transitions, you're doing the heavy lifting for the reader. Instead of having to guess what point you're trying to make or having to reread previous sections, readers are being guided to the conclusion you want them to reach. Without these signposts, your readers will have to put in a lot more work-and that's never something you want in academic writing.
Another set of common secondary signposts are list words. Especially when you're including a complex list or discussing a list over a long span of text, it's important to include words like first, second, and lastly. These words will help the reader remember not only that they're reading items in a list but also where they are in that list. As the writer, the items in a list will seem obvious, but remember the reader doesn't want to get lost in the middle of big block of text without a sign to tell them where they are.
Here's a list of some common secondary signposts that should appear throughout the main body of your text:
Transitions:
Lists:
Directions:

While secondary signposts should be placed throughout the paper, major signposts generally belong is the introductory and concluding sections of a paper or chapter. These words and phrases are used to directly address readers and steer them through your work. In the introduction, signposts will usually tell the reader what your main argument is going to be and how your paper is organized; in the conclusion, signposts will tell the reader that you're starting to wrap up your argument.
The exact wording of major signposts will vary by field. Some disciplines allow writers to use first person and directly address the reader ("In this essay, I will argue that...") while other fields require authors to use third person and passive voice ("The purpose of this study is to..."). Either way, the main goal is the same-you want to tell the reader exactly what is going to happen in your work. Also keep in mind that signposts should appear every time you start a new section or chapter.
Phrases like "this essay will argue that..." and "the purpose of this study is..." might seem dry and obvious, but they're an important part of the academic writing style. Students often want to leave these types of phrases out of their work because it they seem awkward, but with practice you'll get used to seeing and using them.
Major signposts:

It is the only service where I order my assignments because here you will be assisted be real experts only! Thank you for my high-quality (as always) book report and such a pleasant discount!