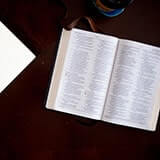 Literature Review Help: How to Present Your Sources

Nov 19, 2012
From the time they are old enough to write a proper essay, students are instructed to cite their sources. Failure to do almost always results in a lower grade or rejection. That's right! Your teacher or professor may refuse your paper if it does not include a works cited page. In the professional community, no research paper can be accepted without proper citation. The explanation for this is simple: using another writer's words is considered plagiarism if you don't quote them.
Like most things in life, there's more than one way to get things done. In order to cite materials correctly, students and scholars alike are encouraged to use a style manual. Just make sure you select the right one! Different manuals are required for different fields. Using the wrong format may result in rejection, since the experts in these fields are looking for specific kinds of information about the sources that are being cited.
At present, the most consulted manuals are the CMS (Chicago Manual of Style), which is used for historical subjects, the APA (American Psychological Association), which is used chiefly in the social sciences, and the MLA (Modern Language Association), which is used mostly in the humanities. In this article we will discuss the MLA Style.

In addition to making it easier for readers to understand a text by incorporating common cues to borrowed information and their sources, using MLA Style also makes it much easier for editors and educators to grade or evaluate papers, since everyone is held to the same standard. This consistency of style concerning the citation of sources is encouraged and often demanded in each of the fields we mentioned.

Who should use it?

Any writer or student composing an article or manuscript in any of the numerous humanities disciplines should follow MLA Style. This includes literary criticism, cultural studies, English studies, comparative literature, and foreign language and literature.

If you have never used MLA Style before, you should start by reviewing the basic formatting requirements. Although the differences from other writing styles, such as APA, may seem subtle, instructors and editors will notice them. Pay close attention to the disparate standards for paper layout, abbreviations, and notation.

Arguably the most challenging aspect of MLA Style is to accurately follow the rules for citing secondary sources each and every time out. It is important to adhere to the guidelines based on the source, since there are different standards for books, periodicals, electronic, and other common sources. Any deviation from the prescribed style could confuse your readers and make you appear unprofessional.
According to MLA Style, there are two basic types of citation - in-text citations and those found on the works cited page. The former is includes the last name of the author and the page on which the quote appeared, while the later contains all of the requisite bibliographic information.
When used in the body of the article or manuscript, citations are parenthetical. This means that if you use a quote from an author, you must always include his name and the page number after it. For example, "Due to disease and lack of adequate medical care, the infant mortality rate in Medieval Europe was over 30 percent." (John Doe 12). If the reader wanted to find out more about the book or article in which the quote appeared, he would simply turn to the works cited page, which presents the sources that were used in your text in an alphabetic list (by the author's last name). For example, John, Doe. Infant Mortality in Medieval Europe. Princeton: Princeton UP, 1995.

As you can see from our example, the basic format of the reference page or pages is relatively simple. Begin with the author's name (last name first), then the title of the book (underlined), the city it was published in, the publisher, and the date of first publication. Once again, we must mention that the format is slightly different depending on the source. You would not, for example, underline the title of an article. Rather, the title must appear between quotation marks.

There are a few very basic rules about including in-text citations. The first is that references in the text must point to specific sources that can be found on the works cited page. Unless the paper is extremely long and includes dozens of references, the last name of the author and the page number should be enough to help the reader locate complete publishing information.
Another fairly common rule or recommendation tells us that we should keep these parenthetical references as brief and a few as possible. For although they can be a helpful aid, in-text citations can adversely affect the readability of your paper. A work with too many parenthetical references can seem clunky or mechanical. It is also important to note that if the author's name appears in the quote you are using, there is no need to repeat it in the parenthesis at the end of the sentence or passage. You can simply include the page number on which it appears.

As the popularity of newspapers and magazines continues to plummet, non-print sources have become increasingly popular, especially with younger users who grew up using the internet. These electronic sources are now largely accepted as legitimate sources and there are specific guidelines that dictate how they should be cited.

According to MLA Style, there is a basic format for citing information that is featured on a website where no author is credited or title appears. Authors should begin with the name of the website (in italics), then the section of the website (if there is one), lasted edited date, and the date of access. (The date of access is when you, the author, visited the page and borrowed the information that appears in your paper.) The entire bibliographic entry might look something like this: The Purdue OWL. Purdue U Writing Lab, 2012. Web. October 2012. If contributors' names and titles are featured on the pages, include them before the aforementioned information. For example: Peterson, Dan. "Grammar in the Digital Age." The Purdue OWL. Purdue U Writing Lab, 2012. Web. October 2012.
back to all posts
RECENT POST

Very good work and affordable prices. Others charge extra for nothing, all those additional services are nothing. Thank you for real client oriented services!

My friends tried to persuade me not to use any writing service but I had no time and chance to fail. Thesis had to be perfect and on time. I had doubts at first but still decided to give it a try. You ROCK! Only 2 revisions and it was accepted. Thank you again and good luck to my writer!