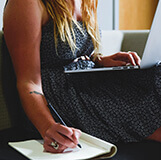 Apr 05, 2013
When it comes to writing research papers, quoting primary and secondary sources is a must. Whether you're including dialogue from a novel to support your thesis or citing ideas from a journal article to prove a point, direct quotes are a requirement in most critical essays. But while we all know that we need to use quotes (often that's even stated directly in the directions for an assignment), knowing how to correctly integrate those quotes into your text can present a challenge.

It sounds like a stupid question, but if we're going to talk about integrating quotes into an essay, we need to know what exactly a quote is. For our purposes here, a quote is a direct, word-for-word copy of text from a work written by somebody else. When writing essays, quotes have to be set inside quotation marks with the source cited in the main body of the paper, usually either in parenthesis or in a foot/endnote. If you lift other people's work word-for-word and don't put it in quotes, it's plagiarism.

Students often want to be on the safe side of plagiarism rules, so they go overboard putting all kinds of stuff in quotes that doesn't really need to be. The guidelines for choosing when to use a quote vary from field to field and from assignment to assignment, but here are a few general rules that will help you determine when it's necessary to include other's direct words.

Common knowledge does not have to be included in quotation marks. This includes things like dates, names, well-known scientific theories, and historical facts. Even though you might have found that information in a particular book or article, you don't need to give the reader that information. If it's a fact that everybody accepts and that can be found in any common textbook, then you can just state it as such. Remember, quotes are for original work that needs to be credited to a particular author; information like the birthday of Abraham Lincoln or the name of the author of Crime and Punishment doesn't belong to anyone in particular.

When you're using the exact wording from a piece of fiction in an essay, it should be placed in quotation marks.

Generally, statistics or scientific results do not need to be included in quotation marks. Instead, you can include the numbers in the main text along with a citation for their source.

If you want to quote somebody's original ideas, then you need to give them credit, but this don't have to be direct quotation. Often other people's ideas or research results can just be paraphrased, which will keep your paper from looking like a big mess of quotation marks. This is especially true in the sciences, where results and conclusions are almost always paraphrased and condensed to save space, but it's also the case in the humanities and social sciences as well. However, if the original author made his point in a way that's difficult for you to paraphrase or if the language he uses is important, then it's acceptable to include his words as a quotation.

Once you've collected the quotes you need for your paper, it's time to write. But while you may just want to plunk those sentences down into your work and be done, there's actually an art to smoothly integrating quotes into the main body of your paper. Here are a few guidelines that will make your writing both grammatically correct and easy to read.

Make sure your sentences make sense

Just like you don't want to use the same sentence structure throughout your paper, you also want to mix up how you integrate quotes. Just saying "he said" and then "she said" for an entire essay might not make your paper grammatically incorrect, but it's likely to bore your audience.

Be mindful of punctuation

Finance is one of my favorite courses, but that research paper was really tight. I'm so grateful my writer was attentive to all the requirements and did everything perfectly!