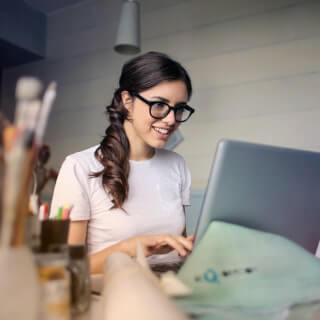 Jan 22, 2013
For even the most experienced academic and research writers, meeting citing and referencing requirements can be a bit of a challenge-especially considering the demands of various styles and the slight changes found in new editions of styling guides. Considering this, its a good idea to make a mental or physical note of the frequent errors that may occur with citing and referencing. Among these common errors are those connected to in-text citations; as this is an area that many people fall short in when adhering to styling guidelines and procedures.

Though many people are very aware of the direct quotation, others are less familiar with paraphrasing and summarizing. Because of this many portions of an essay or paper may receive a low marking because in fact what occurs in them is a form of plagiarism. To avoid any form of plagiarism it is essential to learn the differences between the three; as well as their appropriate times of usage.

The differences between direct quotes, paraphrasing, and summarizing

The first item is a pretty obvious one; direct quoting simply involves relaying the direct words of a particular source, word for word, letter by letter.
Direct quotations are ideal for several situations. Some of them include instances in which...
And though there are many benefits to direct quotes, writers and especially students, should be weary of them in some situations. The biggest concern is the risk of overusing quotes in a paper or essay. This happens all too often. In general, direct quotations should be used sparingly and never as 'filler' content to extend the page length of a text. Likewise, too many words from other people can easily weaken a writer's voice and take away from the structure and flow of the text.
Secondly, paraphrasing differs from summarizing in that its is usually used to focus on a specific portion of a text, idea or concept mentioned by an author. As opposed to summarizing, its not meant to gather up all the key points or main ideas of the passage or text. And lengthwise paraphrased content will sometimes extend much longer than a summarized content; especially in instances where it is used to clarify or explain a complex text. Also summaries are generally easier to write in contrast to paraphrased text because they usually involve more direct relaying and less 'translation' or conversion of an author's work. Though both involve the use of the student's own unique words in addition to not changing the meaning the author intended to convey.
Paraphrasing is great for difficult or complex ideas and concepts as well as a means of exhibiting an understanding of the text. For instance, paraphrasing may be beneficial in a book critique to demonstrate comprehension of the book. And summarising on the other hand, is great when space is limited and there is a need to quickly review what was provided by a particular source.

Mistake #2: Missing the small details-punctuation and other little hiccups

Since the art of preparing for publication is a tedious one, there are many small details that must be addressed when formatting your paper. With in-text citations the most common of them is issues connected to punctuation. In some cases students may make small mistakes with periods and parenthesis and in other cases they may make large ones by confusing different citation requirements (i.e. not really knowing the difference between MLA, APA, and Turabian - or even worse not really caring!) With the latter situation, a good review of each required styling guide should be undertaken. And with regards to the first concern, a brief review of common errors should suffice. Some examples can be seen below.

What goes in the parenthesis anyway?

The information contained in the parenthesis is determined by the styling guide used. For the popular MLA styling guide the information that is contained in the parenthesis is the author's last name only and the page number of the text. No commas, or other symbols/information should be included. With the APA style the author's last name appears first then a comma then the year of publication, another comma and then finally the page number of the reference. The word page is abbreviated by the letter p and is followed by a period and the actual page number being cited.

Does the period come before or after the quotation mark or parenthesis?

In both MLA and APA styling guides the period comes after the parenthesis. But as mentioned previously, the actual information contained in the parenthesis will differ depending on the styling manual utilized. The Turabian style uses footnotes or endnotes therefore there are no parentheses and the period actually falls within the quotation marks per the normal grammar rule regarding this.

In some cases students may make the mistake of including the author's initials in their in-text citations. This is a common flaw because the author's initials are actually utilized in the APA styling format's reference list page. The reference page appears at the end of the text and includes a list of sources referenced in the text. With the APA guide an author's name will appear as;
Henry, C. for instance, as oppose to Henry, Corrin
Though with both the MLA and Turabian guides the first and last name is actually written out completely and not abbreviated on the reference pages (also with footnotes/endnotes for Turabian). Therefore when including in-text citations, in accordance with the APA's regulations students may get confused and write the author's initials in the parenthesis. But as detailed earlier this only takes place in the reference page. Therefore an APA in-text citation would look like this;
(Henry, 2012, p.12) *With no indication of the author's first or middle initial.

A colon vs a semicolon when introducing long quotations

Lastly, this less common mistake may occur with the insertion of long quotations. Since shorter quotes are more common students may just guess their way through the inclusion of long quotes. In short, a long quote is anything over four lines of verse or prose for MLA, anything larger than 40 words of text for APA and three lines or more/ 2 sentences or more for Turabian style. Regarding punctuation concerns, when providing a signal phrase for a long quotation, the signal phrase should end with a colon with the block text to follow. For instance, when introducing a long quote in MLA you would write;
Johnson provides a detailed description of block quoting in MLA:
----> A block quote would be inserted here, approximately one inch from the left margin.
Note that the block quote does not make use of quotation marks. Also ending citations are marked by the authors last name and page number in parenthesis with the period placed at the end of the sentence before the parenthesis. When using the APA format for long quotations the difference is that the indentation is only an 1/2 inch and the ending citation is marked by a parenthetical citation after the period (or punctuation mark) as well. Lastly, the Turabian style indents its block quotations only four spaces from the left. Also unlike the author styles Turabian actually requires for its block quotes to be single as opposed to double spaced. Likewise, with short block quotes endnotes/footnotes are used and with longer quotes parenthetical citations are utilized including the author's last name, publication year, and page number (with the period being placed at the end of the sentence before the parenthesis).
In conjunction with issues concerning the work cited and reference pages, mistakes with in-text citations are usually the most common ones and therefore should be given the greatest amount of attention when proofreading and editing a work.
back to all posts
RECENT POST

I got a B without any effort, what else can I dream of? Finally, I can forget about chasing the deadlines and immerse myself into the things I really like! Thanks for professional assistance!

Great! I was kinda scared to order an essay and I took time to search for the company I could trust. I am still amazed by the quality of work I received. I will definitely order again.