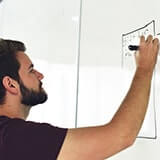 How to Write an Essay Conclusion

Jan 13, 2013
Along with the introduction, the conclusion paragraph tends to be a tough section for most writers, including students working on essays. You've spent all that time and energy developing a strong argument and meticulously detailing all the evidence in the body of your paper, so when it comes time to write the conclusion, many us of feel out of things to say. But despite this writing fatigue, a conclusion is still a necessary part of any good essay.

Why write a conclusion?

The human mind loves a story, and no story is complete without the ending. Think of how you'd feel if a crime show on TV ended before the murderer was revealed or if the last few pages of your favorite book were ripped out before you could read them. While an essay for English or history class might not seem as exciting as those examples, nevertheless it still needs an ending to feel complete. If you finish your paper without providing some sort of conclusion for the reader, then that reader is going to going to be left unsatisfied and confused (and if that reader is your teacher, you're likely to end up with a not-so-great grade).

There's no set format for the conclusion, which is one of the reasons that writers often find it so difficult. There are however a few strategies that will help you end your paper on a good note. In general, it's a good idea to include a summary as well as one or more of the following rhetorical tricks.
Predict. Discuss what you think will happen after the events discussed in your paper. This is an especially good strategy for essays in history, government, or ethics. For example, if you are examining the importance of particular law, you can discuss how you think that law will impact future events. Or if you're writing a persuasive paper, discuss what might happen if your argument prevails.
Recommend. Ending your paper with a recommendation is another good strategy for persuasive papers. Tell the reader where they can get more information on your topic or suggest related actions they could take. For instance, if you're writing an essay on drunk driving, your paper could end with a call to enact harsher penalties for those found guilty or direct readers towards websites where more information can be found.
Generalize. If you've spent the length of your paper writing about a very specific topic, then the conclusion is a good place to remind the reader why that topic is important. Generalize about how your particular subject effects other research areas or link your thesis to broader issues in your field of study. For instance, if you're writing about a single historical events, you can discuss how that event is tied to broader historical trends or to later events.
Restate. At least part of your conclusion should be spent restating the main argument in your paper. This doesn't mean that you should summarize word-for-word your thesis statement or your key pieces of evidence. Rather, you should synthesize your paper into a few important ideas and present them as succinctly as possible for the reader.
Question. Ending your paper with a question is a good rhetorical device that will leave the reader with something to think about once they're done with your work. For example, in a persuasive piece on school reform, you can ask the reader to imagine a world no one took standardized test, or you can end a historical essay by asking how if events had happened otherwise how the world would be different today.

Tips for writing the conclusion

Echo the introduction. Bring the essay full circle by paraphrasing or referring back to concepts, words, or anecdotes that were included in the introduction. If you opened with a story about an author, come back to that story in the conclusion, or if you included a statistic in your introduction, reference it again in your conclusion. The human mind likes a neat package, so wrapping your paper up back where it started will make it feel complete. Just make sure that you don't simply restate what you said in the introduction, but instead expand on that idea. The reader has now make their way through your entire paper: how does this new information impact the ideas that opened your paper?
Use topic sentences. While you should never just restate the ideas in your paper word-for-word, you do still need to recap for your reader. If you're having trouble summing your paper up in a few sentences, go back and look at the topic sentences you wrote for each paragraph. They should provide a general outline for your paper, and condensing them into a few words is a good way to remind the reader what you've said so far.
Don't just summarize. That being said, it's still important to remember that your paper shouldn't end with just a summary. Instead, try to find a new angle from which to approach the material that will stick in the reader's mind. You want the last thing the reader seems to be something exciting, not a rote, paragraph-by-paragraph recap of your paper.
Don't introduce new ideas. The closing sentences of your paper are not the time to stun the reader with new information. It can be tempting to save up a big reveal until the very end, particularly if you're trying to make a persuasive argument, but waiting until the last second to introduce your thesis statement or a key piece of evidence will only annoy and confuse the reader. In the reader's mind, a big reveal just undoes all the work they've put into reading your paper, and your teacher in particular doesn't want to have to reread your whole paper in light of a last-second surprise.
Don't go overboard. When you're trying to tie the arguments in your paper back to a larger topic, it's easy to go overboard with generalizations. But remember, even as you broaden the conversation in your conclusion, you still want the reader to stay focused on your topic. Overly general statements such as "this historical event will always be remembered" or "the author's work reveals a fundamental truth of human nature" will just distract the reader and don't say really say anything useful.

The first example uses several of the strategies listed above. It starts with a question that refocus the reader on the big picture, then summarizes the main points of the essay. It finishes with a reference to a hospital bill, which is from the anecdote that opened the introduction.
What then are we to make of our country's sprawling and expensive health care system? On one hand, the U.S. offers access to some of the most advanced technology in the world. If you need treatment for cancer or require the use of diagnostic tools like MRI machines, the U.S. is one of the best places to be. On the other hand, these high-tech hospital tools do little to help the under- and uninsured, who can't even go to the doctor for minor ailments and preventative care. As it stands now, the only people who truly benefit from health care in this country are those who provide it: the insurance companies and hospitals that, through their quest for profit, have created the system we are all forced to live with. For the status quo to change, Americans need to recognize that the only system that truly works is one that works for everybody. After all, no one should ever have to leave the hospital with a $435,000 bill.
The second example focuses on generalizing the argument in the paper (an examination of several popular biographies of Thomas Jefferson) to current day issues. Note that unlike the first example, which spent several lines summarizing the argument in the paper, the example below has little summary. Instead, it takes the reader past the evidence in the paper to examine the wider implications of a historical debate.
Ultimately, there may never be a definitive biography of Thomas Jefferson: his personality and his accomplishments, coupled with the momentous times in which he lived, make him a decidedly difficult man to understand. But this difficulty doesn't mean historians should stop debating this contentious figure. With every new book and article, the picture of Jefferson, and of the nation's history, becomes more complex and interesting. Wiencek's upending of the Jefferson story, combined with the critical lashing of his book, shed unprecedented light on the role slavery played in the founding of the United States and has important implications for the way people today view the men who created this new country. Particularly today, when the perceived objectives and ideologies of the founding fathers play such an important role in the way government is understood by common citizens, it's important that everyone be able to judge for themselves the complexities of Thomas Jefferson.
back to all posts
RECENT POST

Hate all these essays and research papers, but you made it very exciting to read! I hadn't actually read it well enough and got a B, but no complaints :)