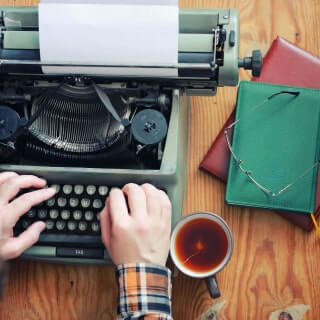 How to Cite a Movie Quote

When you are caught up in writing an essay, paper, or article, you may need to throw in a direct quote here and there. The purposes may vary depending on the type of quote you're using or the effect you want to achieve. You may wish to add emphasis, authority, or clarity to your work. A quote can accomplish things that a paraphrase or summary simply cannot. A clear and direct voice can easily drive a point home better than the best group of sentences you can come up with.

Wait a minute. Here's your essay - we put some excellence in it!

And along with this, in the process of sorting out your notes and research data, you may find that the quotes you'd like to include in your paper are not all from books and journal articles. Considering that your information can come from many sources, whether they be print, online, or audiovisual, it's a good chance that you can have sources ranging from books and government documents to mp3s, YouTube films and videos, and motion pictures. All of which need to be correctly cited a formatted. Which inevitably begs the question - how to cite a movie?

Referencing is always the most annoying part about creating academic papers. So many formats and requirements - you can easily get lost on a regular day, let alone quoting a movie! How to quote a film? Is citing movie quotes even allowed in college? How to cite movie quotes? How to quote a movie in an essay? How to cite a movie quote in MLA? Should you include the movie name? We answer all that and more in our article - read on to learn!

A prerequisite to citing anything is a format and guideline to follow. It usually comes about from the three basic styling guides, APA, MLA, and Chicago Manual of Style (the Turabian styling guide is also popular but closely resembles the Chicago manual in many respects, the two are sometimes categorized together). A professor or publisher will usually request one of the three types of formatting styles, for both in-text and bibliographic listings.

These are the two main types of citations: one that appears in the text of a work and one that appears at the end. The in-text is how you indicate the source of your quote in the lines of the text of your paper and the work cited, bibliography or reference pages are where your source will show up at the end of your document.

It will be helpful to become familiar with all the styling guides to make things easier for you in the long run, but typically, you'll just need to know the details of the one being requested of you.

In most cases, since mostly the written word is used in research (whether online or in print), the chances of you using audiovisual material for research may be minimal. So this type of citing is usually not as common as the rest. But it still needs to be addressed to ensure that no traces of plagiarism in any fashion were found on a work of yours.

The following list is categorized by medium and provides details of both in-text citations and also ones that appear in a list at the end of the document.

Let's say you've found a perfect podcast where someone brings up an argument that will prove your essay point. To create an in-text citation for this, include the name of the speaker in the parenthetical citation brackets followed by a comma and the year of the airing. When you want to include the name(s) of the speaker(s) into the text itself, paraphrase their quote and state the author with the year in brackets.

For the reference listing, state the last name of the speaker with their initials following after a comma and place a period before noting their role and the year of the airing in brackets after another period. Then comes the title of the material and its format in square brackets, with the name of website pages (or a web page) or a place where it can be accessed. The next sentence is the place of the recording's origin.

Don't waste your time searching for a unique essay on the Internet - get it here now!

To quote films, you have to possess enough information about them and their creators. When you go with the in-text citation movie, the drill is the same as with the audio materials. Note the names of the producer and the director in parenthetical brackets, with the year the film came out included after a comma. Here's how to quote movies in APA:

When referencing the film or a movie, type out the people who produced the film with their roles in brackets following each other, then goes the year of the movie release. The title comes with the format in square brackets, and then the country of origin along with the studio. It will look like this:

Radio quotes are used quite rarely these days, but you never know what awaits you around the corner!

If you're focused on carrying across the paraphrased point, meaning when you're providing the in-text citation, the scheme is usual.

When listing, this goes similar to the podcast referencing, but you also need the radio studio and the creators to be placed after the name of the broadcast apart from just date and location.

Here, you don't need the year of the airing to provide a quote from a podcast. The name of the composer that produced the audio is enough.

We write fast, we charge
low, we deliver the best!

To quote a movie in MLA, just write its name in the brackets. Be advised to include the quotes from a movie in quotation marks if you're taking it word-by-word.

For the work cited listing mention the director of the film and the studio, plus the year and the format.

For in-text citation, the name of the broadcast is to be included in brackets.

Work cited listing is an expanded version of the movie format but for radio and without the name of the creator.

In Chicago, you only need to mention and give credit to someone if they actively participated in the creation of the work. You may also notice that Chicago allows you to make notes, which results in three formats as opposed to MLA/APA's two. Apart from that, there are quite a few similarities with previously mentioned styles, as you will see from the examples we provide below.

Citing using any manual of style can be a tedious process. When obtaining a movie or film quote, save some time by not watching anything at all. You can venture into the whole watching process until the point of no return, but all the videos found on YouTube can prove to you how much time you can save!

Tons of video recording, films, and motion pictures have transcripts available for them (as well as audio recordings). This is a tremendous help when providing direct quotations. Instead of struggling to decipher and record an exact statement, a keyword search in the work's transcript can just as easily provide the same results.

Please note that for some citation guidelines (such as MLA film or video recording citations), there is no one-size-fits-all method of citing. There are a few different methods citing based on what you would like to emphasize in your referencing (for example, the director or the people involved). Your citation would be changed because of that.

Also, your citation may be altered based on whether you provide a signal phrase or include the full reference in the text of your paper as opposed to using parenthetical citations. The default method for all the in-text citations above is parenthetical, with no signal phrases. And finally, there is no in-text citation format for the Chicago manual of style because footnotes and endnotes are utilized with this guide instead.

There is an even easier way to organize your references than manually. Look up citation generators and machines and thank us later!

We hope our guide on how to cite a quote from a movie and other audio sources in a paper helped you gain a little confidence. 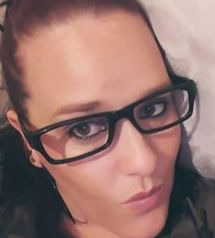 Education in the field of arts and cinema

People often misspell Jonne's name, but she never blunders in her writing. After getting her education in the field of Arts and Cinema, she decided to use her experience and knowledge to help students understand visual art better. Apart from her passion for analyzing movies, Jonne is also an A-grade writer that can successfully tackle literary research papers, annotated bibliographies, and thesis statement tags. The quality speaks for itself.