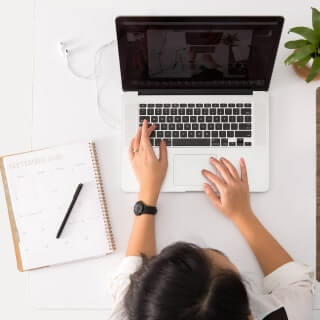 Dec 18, 2012
Editing is often the last thing that writers want to deal with. After all that work researching, planning, and writing, having to sit down and go through your paper word by word can feel like too much of a hassle. But we all know it has to be done, so maybe you think that a quick rereading and a spin through the spell-checker is all your paper needs to be complete. After all, your computer software will catch all those misspelled words, run-on sentences, and misplaced modifiers, right? Not so fast though: there are plenty of mistakes that can get left behind in academic work if you do a lazy proofreading job. Below you'll find eight non-grammatical issues that you need to pay attention to the next time you edit. Remember, leaving behind errors in your paper will distract from your argument and undermine all your hard work, so take the time to get your paper done right.

Inconsistency is the first and most important writing mistake you want to look out for when editing. Even if you're doing something wrong, you want to do it the same throughout the whole paper, since glaring inconsistencies draw the readers eye to the mistake and disrupt the flow of your work.
Not all grammar and formatting rules are set in stone, which means we all have to make choices about style when we're writing. These choices, about issues like spacing, capitalization, and italics, can lead to problems if you don't remember to keep your style the same throughout your paper. Another common source of inconsistency is confusion about grammatical rules, which can cause you to apply the rules differently throughout your paper. Keep an eye out for these common consistency issues in your work:

Choose a style for the headings in your paper and stick with it. When editing make sure that the styles match for each level of heading, for example, bold for primary headings and italics for subheadings.

Whether you choose one space or two between sentences is usually up to you, but no matter what you decide be consistent throughout the paper.

Every style book has different guidelines for spelling out numerals, so be familiar with the necessary style for your field and apply it throughout your work.

If you're choosing to capitalize certain words such as Committee or Control, make sure the capitalization is consistent.

Citations are a big part of academic work. Whether you're doing a literature review on Dickens or writing up original work in chemistry, you're likely to have a least a handful, if not hundreds, of references cited in the text and listed on your worked cited page. That big pile of references can get even more messy during the editing process, when text is deleted or moved around, which is why checking those references is a tedious but necessary part of editing. You need to make sure that all the references cited in the text have entries on the works cited page and that your in-text citations match the references. In numbered styles like CSE and Chicago you need to check whether the in-text citation numbers match the numbered list of references; in author-date systems like MLA you should make sure that the in-text name and date match the references. Also check to make sure that there aren't any stray references on the works cited page that don't show up in the in-text citations. It might not seem like a big deal, but incorrect references will make your paper look unprofessional and can even lead to allegations of plagiarism.

There's nothing grammatically incorrect about using the same words or phrases over and over in your work, but closely-packed repetition will make your work monotonous and is considered one of the hallmarks of poor writing. So when you're reading through your work, keep an eye out for repetition:
The exception to this rule is in the sciences, where the writing is supposed to be dry and monotonous. Especially in the hard sciences, it's often preferred that you're consistent with your wording, even if it sounds repetitive.

Mistake #4. Numbers that don't add up

If you're in the sciences, you'll probably be including data in your paper, which means when you edit, you have to check the math. Typos and incorrect data in the results section can undermine all the work you've done, so check to make sure that your numbers are correct and easily readable. Do the numbers in your tables and figures make sense? Do they add up correctly? Double-check items like axis and table labels, and make sure that numbers are formatted the same throughout the paper. Also make sure that the numbers you cite in the text correspond to the numbers in tables and figures, and that the data you put in your paper matches your actual data. There's nothing worse than having to issue a correction to your work because of a typo.

While spell-check might be one of the best thing to happen to the average writer, there are still plenty of mistakes that only the human eye can catch:

When you've spent weeks, months, or even years working on a paper, it's probably safe to say that you're something of an expert on your topic. You know the ins and outs of important organizations, the definition of highly technical terms, and the history of every development in your field. Your audience, however, is probably not as well-versed. This means that when you're writing and editing, you need to be sure that all the abbreviations and technical terms in your work are explained in a way that your audience will understand. Define abbreviations the first time they're used, and be careful with vocabulary: some of the words you use without thinking will need to be defined for the reader. If you're not sure whether there are aspects of your paper that are unclear, have someone from outside your field read your work: they'll be unfamiliar with the technical language and can point out to you any areas that need to be clarified.

It's common to use placeholder text when you're working on a rough draft. Maybe you put a couple of XXs in a table until you have the real data ready to go or you put in a paragraph of gibberish so you could get the formatting right. Then, when it comes time to turn in the final draft, you've forgotten all about it. It's an understandable mishap, but one that can easily be fixed if you're reading closely while you edit. This one is a small mistake, but it can quickly ruin a paper.

Casual language works fine in conversation and informal writing. Sometime there's no better way to say what you mean than with a good colloquialism (a casual word or phrase, like "a piece of the action" or "the weakest link"). But colloquialisms, and their close relative the cliche, are best left out of formal academic writing. They imply laziness on your part, since you couldn't think of an original way to phrase your work, and both will make your paper look unprofessional and poorly written.
Unfortunately, because we're so used to relying on them in everyday life, they can be easy to miss when editing. If there are phrases you know you use as a crutch when writing, pay special attention to those when you're editing, or you can keep a list of common cliches close by so you know what to look for (and get rid of) in your work.
back to all posts
RECENT POST

Your services are good and I will use your help in the future. My research paper on business was good and got a grade I expected. I think you need to expand your services and offer other types of assignments but in general I am satisfied.