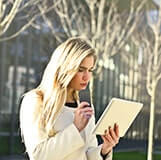 Book critique writing: how to analyze a book by Shakespeare

Dec 10, 2012
A book critique is a careful analysis of an author's work. The analysis may be written for several reasons-some of these include; providing some discourse on a topic, ensuing a scholarly debate, and evaluating the quality and credibility of a writer. Usually with regards to the last reason, students will often evaluate academic or profession-related books to specifically consider whether or not the book significantly contributes to the field, is logically organized, sufficiently developed, and makes use of reliable sources.
Yet when referring to famous authors such as Shakespeare (of whose credibility as a writer has been verified by many people over the ages), the intent is usually to add to an ongoing conversation on a particular piece of work or spark new and interesting ideas-all with the aim of improving the comprehension of the text.

The majority of Shakespeare's popular works (excluding his sonnets) are his major plays such as Hamlet, Macbeth and King Lear. When it comes to plays, if only critiquing the text, rather than the performance, the critique remains relatively the same as that of a typical book. Just like a novel you would evaluate issues related to plot formation, character development, literary devices and so on.
Other issues to consider are specific character critics as seen in Caesar's Reviving Blood by Peter Leihart about the character in the play Julius Caesar or interesting concepts and connecting theories as seen in the critique Honorable Men: Militancy and Masculinity in Julius Caesar by Eugene Giddens. In these above examples you can discern simply from the titles of the works that they are analytical in nature, paying careful attention to nuances or alternative understandings and interpretations of the literature.

In most instances, when there is a variety of literature available, as in the case with Shakespearean literature, many students or writers will select thought-provoking concepts, theories, characters, messages or ideas and cite several of the author's works as evidence. But in other cases when a critique is restricted to one book or one play (perhaps for a class) then the critique would only concentrate on elements of that particular play and not perform a cross-textual connection of several works.
*Below you will find a sample book critique outline for the Tragedy of King Lear. This is simply a suggested outline and by no means a standard to be used exclusively. Details of each section have also been provided.

Writing the outline-Sample for The Tragedy of King Lear

*Note: Each point of analysis should be further interpreted for meaning, properly evaluated, and then connected to the other points of the paper and thesis statement. Also exact quotations from the text should be referenced.

Foreshadowing is a primary tool used to enhance literary works. Though some of his techniques are exaggerated and cliche, overall Shakespeare's foreshadowing techniques intensify the play's excitement and add to its overall tension and intrigue.

Undoubtedly, one of the most significant parts of a work is the formulation of a convincing argument. People pick up a critique, in most cases, to obtain a fresh insightful look into a famous or not-so-famous piece of writing. In order to provide this, a critic's argument should cite clear evidence to support claims and share something compelling that may even encourage a second reading or a contribution to the discourse connected to the title. In summary, the three major points of argument that need to be adhered to are; (a) clear indications of areas of that will be addressed (this may be one or more interesting points) (b) supportive evidence from the text (c) intriguing connections to theory or underlying themes and concepts (d) unification of all statements to the main thesis of the critique.
back to all posts
RECENT POST

Hi! This was the first time when I decided to use such kind of company. Actually, I was not sure if you are able to complete this task. I used to perform all my reports by myself. However this time I had no time due to some urgent issues. Well..what can I say. You have exceeded my expectations. Well done! Will definetely continue my cooperation with you and will reccomend you to my friends!