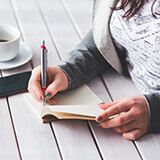 Apr 20, 2013
Learning to analyze literature is one of the main focuses of any good English class. Before you even start to think about how to write an essay or research paper, you'll likely have to sit down in front of a novel, play, poem, or short story and try to decide just what it all means. Obviously, this is a complex and challenging task, and for any text there are dozens of topics you could choose to study. But literary analysis doesn't have to be overwhelming. If you ever find yourself staring at the page without a clue about where to begin, try focusing on one these six areas.

The theme of a piece of literature is simply what it's about. This doesn't mean plot or characters; instead, the theme is a description of what ideas or concepts the author is discussing in the work. For example, one of the main themes of Shakespeare's play Macbeth is that unchecked ambition is corrupting: Macbeth starts the play as a noble man, but quickly spirals into murder in his attempt to take the crown of Scotland.
It's important when analyzing a text to separate the subject or topic from the theme. Notice in the above example that the theme not only states what Macbeth is about (unchecked ambition), but also includes a description of what message the author is sending about this topic (that unchecked ambition is bad and will corrupt those who have it). This type of sentence is known a theme statement. In general, when asked to identify a theme, your answer should be given in a complete sentence that encapsulates the entire meaning of the work. Below are some more examples to help you see the difference between the topic of a work and its theme.
Work: Brave New World
Topic: happiness versus knowledge
Theme statement: It's impossible to know the truth about the world and also be happy.
Word: The Great Gatsby
Topic: the American Dream
Theme statement: The American Dream is an illusion and those who chase it will only find unhappiness.
Works will often have more than one theme, and it's up to you to identify which themes are most prominent.

Sometimes the author of a novel, play, or poem is trying to teach the reader a specific lesson. This lesson is what's known as the moral of the story. It's slightly different from the theme in that the moral is a lesson that the reader is supposed to take away from the book, ideally in order to apply it to his or her own life. Themes, on the other hand, are more nuanced and present only the author's viewpoint on a topic. For example, the moral of Charles Dickens's A Christmas Carol is that you should always try to be kind and generous to those around you, while one possible theme might be "Generosity is an important part of living a good life." While all texts will have a theme, not all with have a moral.

At its most basic, a symbol is simply something that represents something else. We use symbols often in our everyday lives: traffic signs are symbols that tell us to do things like stop, yield, or turn, and black is a color that in American culture represents death or mourning. In their writing, authors will often use specific objects or people to stand in for larger, more complex ideas. For example, in William Butler Yeats's poem "The Wild Swans at Coole," the swans represent a flawless, idealized version of nature.
When writing about symbols, start by looking for objects, colors, or other physical items that have a place of importance in the story, then try to determine what it is they're supposed to represent. Next, you need to put that symbol in the context of the theme of the work. For instance, in Brave New World, the drug soma is a physical part of the plot and also represents the power of the government and how they use science and technology to pacify the world's population. At the end of the novel, when people riot because their soma is taken away, it offers a powerful image of just how beholden the citizens are to the government because we know the drug soma is so much more than just a pill.

Motifs are literary devices that occur repeatedly throughout a work. Often they are symbols that appear in several version in the story, but they are usually more complex and layered than a simple "X stands for Y." Instead, authors weave together several symbols into elements like plots and characterization in order to build a more nuanced story. For example, blood is a symbol in Macbeth (e.g., when Lady Macbeth has blood on her hands, it symbolizes her guilt), but blood is also a motif. It's referenced many times throughout the play and represents several different ideas in difference scenes. Shakespeare uses all this imagery of blood to build character and create suspense.
Motifs can also include literary devices other than symbols; really, any construction or device the author uses repeatedly is considered a motif. In Macbeth, many of the characters have hallucinations, and these ghosts form a motif that runs throughout the play. They're used to remind the characters of their guilt and to show the reader how haunted the Macbeths are by their actions. Other examples of motifs include the use of geography to explain social classes in The Great Gatsby and the use of Shakespeare by the characters in Brave New World.

Sometimes it seems easiest to start your analysis with a straightforward reading of the plot, but plot is actually more complicated that just saying "First A happened, then B, then C..." The first step in analyzing plot is to identify all the major elements.
Most novels, plays, and short stories will have these basic plot elements, but some will not have them in that particular order. So, when you start looking at plot, try to identify different sections and determine what the conflict is and how it is resolved. If the story isn't set up in a traditional way, ask yourself why the author chose that particular way to organize their work. It's also often the case that there will be several separate plot lines woven together throughout the text. If that's true, drawing a map or other visual aid that captures the flow of the plot can be helpful.

Building a complex character in a novel or play is a difficult task. Unlike in movies or television, the author can't use any visual clues to tell the reader what kind of person he or she is encountering. Instead, the author has to build the characters using descriptions as well as the character's own words, thoughts, and actions, a process called characterization. There are two main ways an author can present information about a character. The first is explicit characterization, which is when either the narrator or the characters directly tell the reader what a character is like. For instance, when a person is described by the narrator as "timid and quiet," that's explicit characterization. The author can also indirectly tell the reader something about character by showing how they interact with other figures and by the choices that character makes. This method is called implicit characterization. For example, in order to show that a character was timid and quiet, instead of just stating that, the author might describe how she makes up an excuse to avoid going to party.
Part of the process of literary analysis is being able to identify how authors build characters. This task can be difficult because authors usually want their characterization to be subtle: you should gradually learn about a character throughout the story instead of just being told up front what kind of person he or she is. If you're having trouble finding examples of characterization, start by identify traits that you associate with characters, then ask yourself why you feel that way about the character and what pieces of evidence can be found in the text to support your thoughts. Look for specific actions or words from that character that reveal deeper truths about who they are.
Remember, a good English essay will tackle not only the meaning of a piece of fiction or poetry, but also how the author constructed the text. Every word in a novel, play, short story, or poem was chosen for a specific reason, so you should always be thinking about how the words you're reading are helping to build an interesting story.
back to all posts
RECENT POST

I missed the deadline because I was a little greedy, got my thesis at $5 per page. My curator said “it looks like a bog roll”. I was upset till my classmate recommended this company after he'd got an ‘A’. I ordered my thesis paper here and got a ‘B’ just because of the deadline I missed.

Very happy with the lab report your writer provided. I am always so stressed when I get such tasks. I will definitely ask you to help me again.