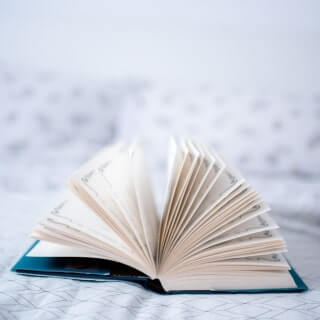 Advantages and disadvantages of APA and MLA style

Dec 10, 2012
A binding component of document preparation for students, professional researchers, or writers in general, is attributing credit to sources cited in the writing process. To provide a universal and convenient means of 'giving credit where credit is due', many formatting styles have appeared overtime through various organizations such as the ones mentioned in the title. The main function of both styling guides, APA (American Psychological Association) and MLA (Modern Language Association), is to provide a uniformed format for creating work-cited and reference pages as well as utilizing in-text citations.

In considering the advantages and disadvantages of both formatting styles a lot of attention should actually be centered around the differences of each; because in reality both offer considerable benefits for the reader and the writer so to choose one over the other a good comparison needs to be made. In addition to this a student or researcher should carefully weigh-in their own unique situation rather than look for a blanket set of advantages or disadvantages to each format. Mainly because what may be considered advantageous for some may not be for someone else.
Thus some major issues to consider are; (a) program requirements, (b) discipline, (d) personal preference and (e) ease of use. Depending on your instructor, department, or publisher a specific standard may already be in place as to which formatting style must be in utilized. Secondly, simply looking at your subject or field of study can also guide you to the style that will organize and present your information in the best manner possible (please see below for more detailed information regarding each discipline). And regarding your own preferences and traditions; without actually being aware of it, you may already be accustomed to a particular style of formatting that just comes natural to you. This may have come from your own research and choice of authors or previous implementation of styling techniques in the past.

Is there an easier one?

And finally, the most common question about using APA and MLA could very well be; which one is easier? In general anytime you have specific guidelines that tell you where to put a comma and where to place a period-you can just assume that each guide is a detailed one and no style is really easier than the other. But considering that the APA is more geared towards the sciences it may appear to be a little technical for those accustomed to writing for the humanities and literature-based disciplines- but this view is definitely subjective.

Advantages and disadvantages: sorting out the major differences

Another crucial step in evaluating the advantages and disadvantages for each format is to consider the major things that set them apart. This element, above all, is a principal factor in determining which format will best suit your documentation needs.

APA follows an author-date system of citing sources while MLA uses an author-page number system. Both require parenthesis for in-text citations though the author's name may be given inside a signal phrase rather than within the parenthesis. Likewise, MLA requires for the first and last name to be mentioned initially for sources while APA requires the last name only.

For MLA in-text, parenthetical citations are preferred over footnotes. And similarly for APA footnotes and endnotes are discouraged. But in some cases explanations are needed or required by authors and in that case they may be implemented. Noteworthy differences are that MLA requires a sheet called 'Notes' before the works cited paged for its endnotes and APA refers to this same page simply as 'Footnotes'.

Both styles require page numbers for direct quotations though the definition of short and long quotations differ. Short quotations for MLA, for instance are four lines or less while with APA short quotations are considered to be 40 words or more.

Due to the scientific nature of many APA style papers and reports, additional documents such as abstracts are required (but may not be upon your instructor's request). The MLA does not require abstracts but you may find them at times as well as an appendix (for APA as well).

Writing according to discipline and purpose

For instructors preparing an assignment, or for writers getting ready for publication, the subject matter, as well as the purpose of writing will greatly impact any decisions to be made on formatting. Different disciplines offer different styles that cater to their specific needs and requirements. APA style in general caters to psychology, the social sciences and subjects such as business, political science, nursing, linguistics, education and so on. MLA is best for English, literature, history, and the humanities such as art, religion, philosophy etc.
Subsequently, without using a specific discipline, you can also identify which style is most feasible for you simply by looking at your purpose in writing. For example, if your purpose is to inform others of your original research or to present a comprehensive literature review then the guidelines set forth by the APA are suitable for your needs.
*Also, this style allows for the inclusion of graphs and charts in the body of the paper which is very probable for business papers in which financial figures are needed as well as statistical documents that rely heavily on the presentation of data and figures.
Likewise, if the purpose of writing involves arguing a point, analyzing a concept or theory or perhaps substantiating a cause and effect relationship, then you may want to look at MLA styling for your formatting and citation needs. Additionally, depending on the information that will be presented in your paper or document APA style may be used for subjects that are traditionally formatted with MLA as well. For instance, if you're constructing a technical paper on language and rhetoric-APA may prove advantageous over MLA for this topic.

As mentioned previously (regarding the APA format) some people may find the structuring and styling guidelines set forth by the American Psychological Association to be a bit burdensome at times. Though similar complaints can be made about MLA as well. In general, both formatting styles can be very tedious and time consuming, to say the least. So when considering the real disadvantage of either style, perhaps the most significant concern for students and researchers is not the technicalities of each, but the overall limit of options and flexibility in styling guides.
Even considering that there are many other options to choose from, APA and MLA are still the standard for most educational institutions and publishers (along with Chicago and Turabian). Since this is the case, despite their many drawbacks or unnecessary periods and parentheses, many people will cite this 'monopoly on styling guides' as the biggest disadvantage for both formats.
back to all posts
RECENT POST

I wasn't sure about the presentation quality you provide, but you did a wonderful job! Glad I ordered it from you!

Great! I was kinda scared to order an essay and I took time to search for the company I could trust. I am still amazed by the quality of work I received. I will definitely order again.