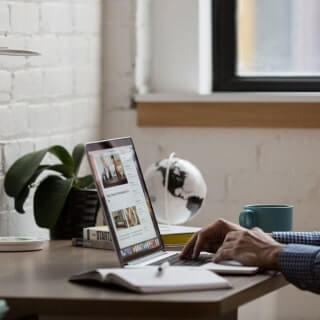 The Six Writing Mistakes to Avoid

Nov 08, 2012
Avoid these six common writing mistakes and your academic papers are guaranteed to turn out great every time.

Tone is the attitude the writer takes toward the material and the audience. Are you being serious? Playful? Ironic? Friendly? Dry? Are you trying to cozy up to the reader or lay out the cold hard facts? It's important for you to establish the tone of your work right off the bat and that you stick to it throughout the paper. It can be jarring for the reader if you change from formal to informal to playful to serious, and it will make your paper seem inconsistent.
The right tone will vary from paper to paper. For example, a scholarly research review will be formal and no-nonsense, while an opinion piece might be more informal and show more of your personality. The most common mistake students make when writing is being too casual in their papers. If you're writing for class, you should avoid informal, conversational language (i.e., don't use phrases like "it was like really crazy" or abbreviations like btw) and try to keep your personality out of the work. It's tempting to want to spice up your essay with jokes ("isn't it funny that..."), asides to the reader ("are you following me here..."), or personal comments ("I totally agree with..."), but those are best left out of academic work.

Not taking a side

Another big mistake students make when writing essays and research papers is being wishy-washy with their argument. Often this means not taking a firm stand in the thesis, or it can just be an overuse of words like possibly, maybe, or sometimes. If you're a culprit here, more likely than not it's because you're unfamiliar with the topic or working in a discipline outside your own, so it's understandable that you'd be nervous about making a bold claim. But just because you're not an expert doesn't mean you can't take a firm stand in your paper. The whole point of writing an essay is to show that you understand the material well enough to analyze it and present your findings. Even if you're wrong, it's better to argue boldly than to hedge.
Tips for taking a stand in your paper:

Being dramatic or exaggerating.

On the other hand, if your argument is weak you don't want to try and oversell it. Backing up shaky evidence with claims like "it's obvious that..." or "without a doubt it's true that..." won't make your evidence any stronger. So instead, when your case is fragile, just admit it upfront. Acknowledge to the reader that the study, quote, or statistic you're using doesn't entirely prove your case for you but that you can still use it to argue for your side. For example, you might say something like "As you can see, the study did not indicate an overwhelmingly positive effect from the treatment, but nevertheless the small increase was important." Then go on to explain in detail why this wobbly evidence is proof for your side of the argument.
Another way that students tend to exaggerate in their papers is to rely on grand sweeping statements to make their topic seem important. "The questions addressed in this paper are the most important that anyone, anywhere, for all time, will ever ponder." There's no need to sell your topic as the biggest thing to ever happen to the reader; just explain why it's relevant and move on.

Focusing too much on one side of the issue

An important part of any debate is being able to anticipate any rebuttals the reader might have against the arguments you make, and this is true when writing papers as well. It's all well and good for you to go through your pieces of evidence one by one in your paper, but you also need to take the time to address any conflicting evidence out there. If that evidence is well-known to the reader, your paper will look incomplete or even dishonest. But even if the reader isn't familiar with all the different sides of your topic, you still need to be upfront about challenges to your work. In fact, if you argue against the opposing side well enough, it can actually make your paper stronger.
If you're having trouble looking at the issue from the other side, try making a short outline for a paper in which you argue the opposite of your thesis. For example, if you're writing a paper on why Hamlet is the reason Ophelia goes insane, try to imagine what the paper would look like if you were writing that Hamlet was not responsible for Ophelia's demise.

It's a simple truth that a lot of students have trouble with: it won't matter how great your writing is if you turn in a paper with glaring errors in grammar, punctuation, or spelling. Despite this fact, students still avoid proofreading their papers. Maybe you're rushing to finish your paper before a deadline or, after hours of work, maybe you're just tired of looking at all those words on a page. But editing your paper isn't an optional step you can skip: your paper isn't done until you proofread it.
Tips for editing:
back to all posts
RECENT POST

I'm not a Freud to be good at psychology! I'm literally majoring in physical education, idk why I need to spend time on something so complex. you always save me from having to rack the books, so thanks