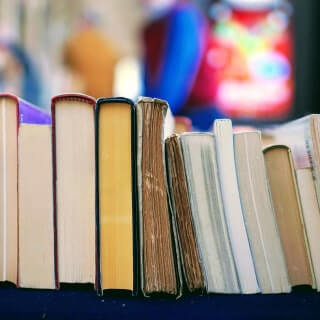 How To Use the Socratic Method To Write an Essay

The Socratic method is often equated with legal education. The reason is simple: this approach is often used by law professors to discover and train qualified individuals. The essence of the Socratic method is that the student comes to certain conclusions independently and uses his own critical thinking skills as much as possible.

Socratic dialogue involves formulating a series of targeted, but open questions. They contribute to the work of thinking, the concentration of attention, and an adequate assessment of the current discussion and one's own role in it. These questions should supersede any attempt at asserting the truth, since it is through them that the interlocutor himself comes to the necessary understanding of things, creating the truth himself. In college and university courses that involve the Socratic method, professors act as a questioner and the student as the answerer. The main goal is that a series of continuous questions on a specific topic will help students express their doubts and find the truth on their own.

How the Socratic Method Applies to Your Essay

After considering the primary purpose of such a method, we should learn how to apply it to academic writing. One of the basic points is contradictions - when composing an assignment using the Socratic method, one approach might be to resolve contradictions through a similar style of discussing questions in the form of conversation or dialogue. Another way is to compare two sides of the subject and contrast them.

However, we know that the Socratic method as an educational technique is restricted to discussions and debates, so there is no ideal format to write an essay. But the main goal remains the same: you should present the paperwork that reflects the essence of the Socratic method. Without further ado, let's jump into this and define two key steps of writing an essay by implementing such a concept.

#1. Select One or Two Aspects To Discuss

When remembering the wideness of the Socratic method, you should carefully choose a topic to discuss. Generally, students from colleges and universities select topics that are controversial enough or causes controversy among most people. But with hindsight, you have to develop a plan for your essay (especially if you choose an exploratory or comparison and contrast format). You have to ask yourself the following questions.

As mentioned above, the Socratic method implementation in the academic paperwork is rare enough. However, it is a more common thing in the educational environment and the debating tool. Therefore, you are just making assumptions, regardless of the type of academic writing you choose.

This format may be challenging to implement into a written assignment. However, it is an approach to present your point of view using the Socratic questioning style. Here are our guidelines for writing an essay using the debate format:

The exploratory format is a type of assignment where the student has to explore a particular phenomenon. A distinctive feature of such a type of writing is taking the audience through the entire exploration process that the student experienced. For example, the writer looks for a piece of relevant information and simultaneously explains to the reader why he prefer to pick the paricular resources. Moreover, the writer can use this writing template to implement unique strategies of Socratic questioning. One of them is 'a lonely debate' when you have to argue a topic in the form of several questions. In this case, you still use the Socratic method but write an essay in the form of a dialogue. It makes exploratory writing more like a personal essay.

Such an approach to the Socratic method implementation may be straightforward for most writers. The reason is simple: the comparison and contrast essay is common in academic writing. As the name implies, this paperwork is used to compare two or more phenomena. When preparing such an assignment, you must use point-by-point formatting (i.e., provide the block with opinions in order. Each point is seen as a unique item for further comparison and contrast in the Socratic questioning. Using the block method, students have to fully claim or debate one side of the phenomenon by asking a series of questions and following them with arguments on the other issue side. In the end, you should add a conclusion or discussion part that ties both thoughts and chooses a 'winning' side. Thus, students need to explain why one opinion seems more convincing than the other.

Let's sum it all up. The Socratic method helps to improve the writer's critical skills, which are crucial for the writing and ability to refine a topic extensively until the answers to the main questions are obvious. And implementing such an excellent training instrument can also encourage each student to review the common suggestions on the chosen subject and provide some clear concepts related to a specific topic. However, someone can state that this goal can be reached by other means that do not involve Socratic dialogue or exploratory format. Moreover, it may seem to be true, since some students perceive such approaches with caution and do not want to take part in them. In any case, you will definitely benefit from such an effective strategy.

If your time is running out and zero words are written, I recommend you use the services of this platform, because it is the best assistance I've ever had! Writers here meet your requirements and deliver any paper just in time. Thanks for my brilliant essay!

I've never used writing services before in my life. I'm very consistent and independent, but this book report just caught me off guard. I always make a list of my assignments, but somehow I've missed it this time, and the only thing that saved me from failing my literature class is you!