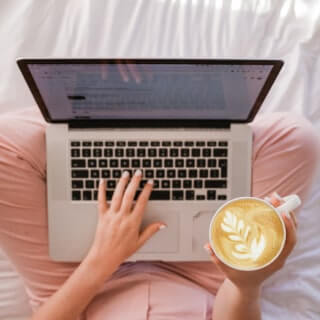 Useful ideas on what Irony is

Jan 03, 2013
Irony is one of the most important, and most misunderstood, of the literary devices. When used well, it's a powerful way for an author to tell a story; it can be used to construct characters, build themes, and create tension. Unfortunately, as the term has spread throughout popular culture, the concept of irony has become muddled and unclear. It's the subject of songs and jokes, and the way it's used in casual conversation is often pretty far removed from its proper literary definition. So, if you want to impress your teacher with your next English paper, you'd better be sure you know what irony really means.

If you look up irony in the dictionary, the definition seems pretty straightforward. At its simplest, the term irony is used to describe a situation in which there is a distinct difference between the literal and the implied meaning of a word or action. In order words, there is a gap between reality and the description of reality; this gap is often used for humor or to mock the subject. If you use this definition, you won't technically be wrong, but, of course, if it were really that simple then we wouldn't all be confused about whether something is ironic.
What makes the concept of irony confusing, and what gets left out of a simple dictionary definition, is that this gap-the difference between reality and description-needs to designed to illuminate some truth about the world or the human condition. If a character in a novel has ten thousand spoons but all he really needs is a knife, it's not ironic; it's just kind of unfortunate. If, however, he has spent his whole life advocating against the use of knives at the dinner table and suddenly find himself in dire need of one when all he can have is a spoon, then that's ironic. It's his fault that he doesn't have a knife, and the gap between how he describes reality (as an advocate of knife-less dinners) is directly at odds with the reality of the situation (that sometimes you need a knife). By pointing out this gap, the author has demonstrated a flaw in the character's thinking.

There are many different types of irony, and being able to distinguish between them is necessary part of a good literary analysis.

Verbal irony is when there is a difference between the literal meaning of a word or phrase and the meaning implied by the speaker. This type of irony is never accidental, because it relies on the speaker's intentions. For example, let's say that you tell me that you're going to jump off a building because you think you can fly, and I respond "Oh, what a fantastic idea!" If I really think it's a fantastic idea, then what I've said isn't ironic: I've said exactly what I mean. If, however, I actually think it's a terrible idea, and my tone implies that I don't think it's fantastic at all, then I'm being ironic: I'm actually saying the opposite of the literal meaning of my words.
There are also several terms that describe particular types of verbal irony. The ironic simile, for example, is like a regular simile in that it uses the word like or as, but the two words or ideas being compared have generally opposite meanings. For example, when I say something is "as clear as mud," I really mean that it's not clear at all. In an equivocation, the implied and actual meaning are reversed from the above examples: the speaker says something factual, but with a tone or context that implies another meaning. Equivocations often come from using words with multiple meanings. For instance, if a friend asks to borrow money and you respond "I don't have a single quarter" even though you have a wallet stuffed with bills. While factually true (because you don't have a quarter), the implied meaning is that you are able but don't want to give them money.
Verbal irony is often very similar to sarcasm, and indeed sometimes the terms are used interchangeably. In both, the idea is that the speaker uses a tone of voice or context clues to indicate that he intends something other than the literal meaning of his words. This is the type of irony most of us are familiar with and use day-to-day.

Dramatic irony occurs in stories when the audience knows something that the characters in the narrative do not; basically, the characters in the story are using incomplete information to make decisions, but you the audience can see their mistakes. This type of irony is used extensively in novels, short stories, poems, movies, TV shows, and plays. In fact, it's one of the main devices storytellers use to create suspense or humor. For example, in a horror movie, if you know the killer is upstairs but the characters do not, it's dramatic irony, and that irony creates tension as you wait for the character to figure out what's going on. Similarly, in a sitcom, it's funny when you know a prank is being played on a character but he or she does not.
Dramatic irony can also be found throughout literature. In Shakespeare's Romeo and Juliet, the characters believe that Juliet has died, but the audience knows she has just taken a sleeping potion. In The Great Gatsby by F. Scott Fitzgerald, Wilson believes Gatsby is the one who killed his wife while the audience knows that Daisy was actually driving the car that ran over Myrtle. When discussing dramatic irony in an academic paper, it's important to point out how these types of situations are used by the author to create a particular atmosphere or plot development. For example, Romeo's ignorance of the sleeping potion leads to his death, and Wilson's murder of Gatsby is used by Fitzgerald to show just how completely Gatsby failed at his dream of a life with Daisy.

Cosmic irony, or irony of fate, is similar to situational irony in that it arises when there is a sharp difference between human action and the expected result. In cosmic irony, though, the characters actions are shown to be the result of fate, the gods, or the universe. A character who seeks to escape his fate or a outwit the gods is often the victim of cosmic irony. Many characters in Greek mythology, including Oedipus and Perseus, attempt to avoid their fates, but their actions instead lead them right back to the fate they were trying to escape. Cosmic irony is also often a term used to describe situational irony that highlights how cruel the universe seems to be. For example, immediately before he was assassinated, it was noted to President Kennedy how much the people of Dallas seemed to love him.

The last type of irony we're going to discuss is a little bit different from the others. Socratic irony is actually a debate technique in which one person pretends to be ignorant of a topic about which they are in fact very knowledgeable. From this position, they can ask pointed questions designed to highlight the weakness in an opponent's argument. The irony comes from the difference between the presentation (a person pretending not to understand) and the reality (that the personal actually understands the issue very well). In literature it's most commonly used in detective stories, for example Agatha Christie's Poirot novels, where the investigator will ask questions he already knows the answer to in order to draw the guilty party out.

Deciding whether something is ironic can be difficult. In casual usage, irony is often used to mean the same thing as sarcastic, funny, or unfortunate: we often hear people toss out "That is so ironic!" in response to things that don't fit the technical definition of irony. The discrepancy between popular culture and scholarly terminology makes it especially important that you learn the specific ways in which irony is used in academic writing. Keep in mind, though, that even writers and linguists often can't agree on what's really ironic, so don't worry if you sometimes find yourself having trouble deciding.
back to all posts
RECENT POST