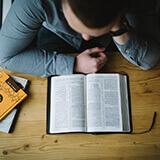 Mar 04, 2013
Learning to handle criticism is one of the toughest parts of the writing process. When you've put hours and hours into researching and carefully crafting an essay or research paper, it's painful to get that work back covered in angry-looking red marks and comments. But while it might hurt to watch someone tear your paper apart, when you're able to get past the initial shock and use that criticism wisely, chances are that your paper will improve dramatically.

Before we start talking about how to handle criticism, first we need to define what we mean by criticism in the first place. In casual conversation, the word often has a negative connation and is used to describe a situation in which someone is simply telling another person that they're wrong. In the context of academic or professional writing, though, criticism serves a more constructive purpose and is one of the best ways you have as a writer to improve your work. When we talk about criticism of writing, we're talking about constructive comments designed to point out problems in your work.
Almost any type of academic writing your produce will be evaluated by somebody. Coursework is graded by a teacher, your thesis will be ready by your dissertation committee, and reviewers will judge the articles you write for publication in journals. All of those people will return your work to you with comments and suggestions for improvement. While it can be daunting to see your writing evaluated so harshly, if you're able to use that criticism well, in the end it will make you a better writer.

Tips for Responding to Criticism

It's okay to get mad

Getting angry and defensive is a perfectly natural and human reaction to having somebody criticize your work. Nobody likes being told that they've done something wrong, and there's no reason to pretend that you do. So, when you get your first look at comments from a teacher or reviewer, feel free to get mad. Rant about how nobody understands your work and complain to your friends. But, once you're gotten that anger out of your system, you have to let it go. Getting angry might make you feel better, but staying angry is only going to prevent you from responding appropriately and improving your paper.

Take some time to think

If you're angry at the comments your paper receives or you don't think they're very useful, don't immediately discount them. Instead, take some time to calm down and really think about what the reviewer had to say. You might find that once you've had some time to mull everything over that their suggestions are worthwhile after all.

Teachers, publication editors, and dissertation committees see hundreds, if not thousands, of papers every year, which means they don't have time to think about you and your particular situation, and they certainly aren't going to coddle you. When you get a paper back with tons of comments and suggestions, the reviewer isn't trying to attack you personally-they're just doing their job, which is helping you create better work. A suggestion that your essay should be reorganized or that a table needs to be reformatted isn't an attack on you; it's a just a suggestion that will improve your writing.

Look at the comments objectively

In order not to take a reviewer's comments too personally, it's important that you be able to look at them objectively. Instead of feeling hurt or thinking that the reviewer is wrong, take a step back and ask yourself whether their suggestions really would help improve your work.

Just because your teacher is wrong doesn't mean you're right

Just because your professor or editor is a professional doesn't mean their critiques are going to be correct 100% of the time. But even when their comments are wrong, that doesn't mean that you should disregard them or celebrate like you've won the argument. It's possible for you both to be wrong, and often these comments can actually tell you a lot about weaknesses in your paper. For example, your professor might misinterpret a table and make a suggestion based on that interpretation. Obviously you don't have to follow their advice, but you should note that, as the author, you're the one responsible for making the tables in your paper easy to read. That means it's your fault your teacher got it wrong, and you'll need to fix that table in your next draft.

If there is a point that you want to argue over with your teacher, you'd better make sure it's a good one. It's often not worth it to go to the mat over matters of opinion or interpretation. After all, your teacher is the one giving the final grade, and if she says you need to correct something, you're probably better off just doing it. When you want to stand up against a particular critique, be sure that you have a good argument and aren't just fighting back for the sake of an argument.

Don't be afraid to make changes

No matter how good of a writer you are, the first draft of an essay or thesis isn't going to be perfect. When you've spent weeks slaving over every word though, it can be hard to accept that you need to make changes. But make changes you must, and the sooner you accept that you're going to have to edit, the better off you'll be. So, open a new copy of your work (remember, you always want to save a copy of your first draft), and start tackling your professor's comments.

Even if you don't like the criticism you work has received, you should still appreciate that somebody took the time to read and comment on your work. Professors and editors are busy, and if you want them to continue to work with you, then you need to let them know that you're grateful for their advice.
back to all posts
RECENT POST

Could not understand clearly what was a research proposal and how to make it, but this service helped me with it, and now it looks like it should!