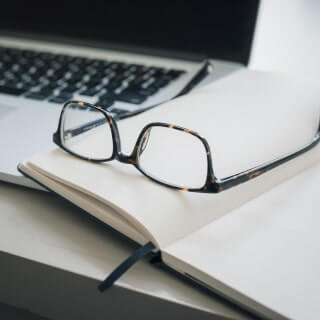 Jan 20, 2013
Satire is a great means of exploring and examining society's imperfections; whether it be in the ways we think, speak or interact with one another. Though often defined as humorous, the legacy of satire is in fact marked by the exposure of very serious societal problems and deficiencies-all under the gauze of 'humor and play'. Therefore if planned wisely, a satirical essay can actually be a very powerful piece of literature-one thats even contemplated over and reflected upon by a wide range of audiences.
When approaching a satirical writing assignment, often times people struggle with the task of selecting an appropriate topic.This may be for several reasons; one of which could be uncertainty as to exactly which topics would be suitable for this unique, and often neglected, genre of literature.

When selecting a topic for this genre its a good idea to not only choose one that you think would make good satire but also one that presents a powerful and meaningful message to the reader. Some things to definitely avoid are those topics that only really serve the purpose of offending people or providing a 'shocking effect' and thus perceived as distasteful or cliche. And even worse, sometimes interpreted as amateur writing that lacks direction.
In contrast to that, when you're writing means something to you, it will often show in the words you portray. Therefore one of the most relevant issues to consider when selecting a topic is choosing something that is meaningful. Along with that you should also consider...
Providing facts that are reliable and accurate may be an area that is sometimes overlooked in satirical pieces. Reliable information is important in many writings, but especially when your audience may be a bit on defense due to any criticism or ridicule you present. Therefore fact-checking should play a big role in drafting your satire. Beware that unreliable sources can easily take away from the quality and credibility of your entire piece.
Secondly, cultural interpretations are very important for satirical essays as well. Its important to note that what may be perceived well in one one country may not be in another. Likewise, what is considered moral and respectable in one place may be considered dishonorable and unsophisticated in another.

Choosing something that is close to home

Often times satirist will chose a practice, custom, or tradition that they are connected to in some form or the other. Topics such as this will allow you to provide personal examples and experiences in your writing. Some readers are able to respond better to satire when the author includes himself in the equation as well. In this way self-reflection is undertaken in addition to that which takes place with the audience (in terms of awareness and realizations).
Also its important to tread very carefully when it comes to speaking about different ethnic groups; in some cases the line between racism and satire is a very thin one. This can be seen in the unfortunate result of writers who find it hard to write satire except that which offends people.
*When speaking about your own people or country, it may be okay to correct something that is considered a damaging or self-harming habit or tradition. The hope is that in this way your writing serves the purpose of benefitting the reader with care in a manner that will improve his/her life.

Step 2: Decide on the message that you want to convey

This step is similar to identifying a thesis statement or main objective in any other form of writing. Since you will be approaching your topic from a non-traditional angle (that is, not just stating what something is or making a statement and then supporting it with evidences) you'll need to carefully plan out what will work best for your subject matter.
In some cases great messages may be better presented in a persuasive essay for instance, as opposed to a satirical essay. Picking and choosing the right message is a delicate task. Usually issues that are common to a society and known for their harmful effects work well as things to warn against in your satirical message.
*So for instance some messages that you may want to convey are; the harms of smoking or the issue of obesity and a culture of overeating.

Step 3: Identify how you will present that message

So as you begin your drafting stage you'll want to consider how you will present your message to your audience. In many cases a satire can be written following the traditional essay structure with a clear introduction, body and conclusion (though there are other details that can use some clarification). Some sample questions that you may want to ask yourself before writing your satire;
The last question stated here includes the three types of satire. A monologue is when the writer will generally air his or her point of view in a 'freewriting' sort of way in which they attempt to convince the reader to agree with their position on an issue. The second type is a common one and simply uses characters in a story to convey the objective and purpose of the satire. And lastly, a parody is when a piece of literature is mocked to prove a point about what was presented in the more serious piece. Though note that the parody involves extensive planning and wit and may be the most difficult of the three to craft.

Satire in some cases appears to be a dying literary genre. Many students are actually not accustomed to writing satire nor is it often requested by many instructors. Often times in the past it was used as a powerful tool to criticize certain problems in society without the intent of being very funny at all. But now considering this fading away of satire in some respects, it is actually a bit hard to find common, modern-day examples in literature (though they are present, but sometimes may require a more analytical eye).
back to all posts
RECENT POST

Like your services! Your customer support is very nice and attentive. I used several writing companies and I know the difference now. Your attitude to your clients is the best!

I like your work and the whole process. It is rather simple and I get answers to my questions. I would prefer to avoid any deadline extension in the future. Thank to my writer for his work.