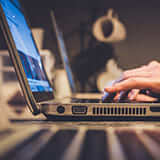 Sep 14, 2012
Power Point presentation is graphics software that allows users to create presentations. It allows editing of outline, draws, graphics and management of presentations. In other words, it is a software package that enables all these functions.

Power point presentation was first created by Thomas Rudkin and Dennis Austin. They did it under the umbrella of a company called Forethought. At its first release, it was called the presenter. The presenter was made for the McIntosh computer which was one of the foremost computers ever produced. The presenter was later renamed Power point due to copy right and trade mark issues, the original forethought was taken over by Microsoft and that was how power point became the property of Microsoft. There was massive improvement to power point with the release of power point 97. Power point 97 allowed users to create special effects in a non linear style unlike earlier versions that only allow linear presentations.
Another improvement to power point was made when power point 2000 was introduced. The highlight of this version was the introduction of clipboard. The clipboard can hold several objects. Another important feature of power point 2000 was the refinement of Microsoft office assistant.

The highlight of power point presentation is its ability is to produce images or graphics slides. The slides are similar to the slide projector. Slides may contain texts, graphics, sounds, movies, and numerous other objects which can be freely arranged. These operations are made possible through the use of a template called the slide master. The good thing about power point presentation is that it can either be printed or viewed directly on the computer. For bigger audiences, the computer display is manipulated using a video presenter

The social importance of power point

I'm still amazed by the fact that my dissertation was written in 9 days! Yup, I'm bad at meeting deadlines, but your writers just did the impossible! I got a B+, and that was a real blessing :D