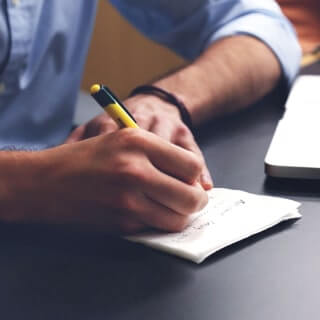 Dec 22, 2012
Sometimes its hard to pinpoint exactly what's 'new and happening' in the essay writing world. For the most part, unless you're pretty well-read and often exposed to several different authors, identifying specific patterns and tendencies in writing can be quite difficult.
Even when identifying various methods, such as the 'show don't tell' trend in narrative writing, or the alternative approach to the five-paragraph-essay for expository writing, such examples can rarely be applied to the majority of writers and students. Old habits die hard-and some classic writing techniques and methods (that have been embedded in the minds of many) will likely take a long time to fade away.
Likewise, some writers will simply choose to 'go against the grain' and gladly oppose any current trends or happenings in the writing world. But for everyone else; the 'show don't tell' approach is a booming storytelling-business.

The most significant writing trend that takes its root in narrative writing is the popular 'show don't tell' principle. This writing technique urges the description and illustration of characters, scenes and other information, through well-crafted story details as oppose to dialogue and direct statements. For example, instead of saying "Jessy is angry" you would show Jessy's anger through his disruptive actions within a story. This type of writing can considerably be more work for writers but will definitely set up a person's favorite scene as if it were a live-action demonstration. But due to its mainstream use in writing, like many other things, this technique has also developed a few critics.

Some argue that the abundance of this method throughout much of today's narratives is due to the 'lazy' or 'over-stimulated' reader that is common today. Both of these terms express some significant changes that have taken place in our society as well as differences in peoples' general attitudes towards reading and entertainment.
The lazy reader is considered one that requires the writer to do lots of 'showing' in a story because they choose not to exert much effort in using their imagination to think and develop characters or other literary elements, for instance. This is in contrast to what was considered to take place before (from writings of the past), when the writer tended to do more telling than showing . Secondly, the label, over-stimulated reader relates to the person that is somewhat spoiled by the many sources of visual and audio entertainment available today. Its assumed that so much stimulation (whether smartphones, computers or video games) creates readers that need to be 'hand-held', so to speak, when reading and may have trouble focusing their attention on a book that doesn't provide profound 'showing' services.

The plus side is the great benefit that comes about from the 'show don't tell' method of writing narratives. This method promotes the inclusion of well-developed scenes and characters throughout many of the stories we have today-since a lot of energy is put into describing and developing literary elements. But overall when it comes to narrative writing moderation may be the best method. A simple balance between both showing and telling would be to provide some detailed descriptions at times and then allowing the reader to draw their own conclusions at other times. This will hopefully promote 'active-reading' as well as give narrative writing back some of its old charm.

Journalist are great sources of new and trendy methods of writing. In many cases they'll be the first to implement a new approach in essay structure or pioneer the rebirth of a lost writing style. Additionally their goal in writing is usually pretty straightforward-to attract a reader's eye as well as satisfy an editor. Therefore journalist may choose to use creative and alternative ways of approaching a topic that may not be traditionally upheld in any English class.
Secondly, when speaking of innovations, many good changes in writing occur by those who tend to 'think outside of the box' (*these people often make new but useful adjustments to rudimentary writing). One example of this type of innovation is the call for the ending of the widely acclaimed five-paragraph-essay.

It's argued that the five-paragraph-essay handicaps students and writers by limiting their analysis to only three reasons or areas of discussion. Some point to the fact that an essay should be open for much deeper and more critical thinking avenues (especially for college-level writing) which cannot possibly be achieved in five paragraphs alone.
So what are some other suggestions for expository writing?

Alternative approaches to the traditional essay

*Allow your writing to provide a more audience-relevant approach-that is working to prove why the topic is important and meaningful to the audience:
An example of this can be seen in Ray Salazar's expository writing format which instructs students to (1) identify a specific topic (2) argue a debatable point of view (3) and provide the significance to the audience
*Substitute the five paragraphs for five parts, which would specify the three body paragraphs as narration, affirmation, and negation (though this format is still limited in some ways it allows the writer to go beyond five paragraphs by describing each as a 'part' which permits several paragraphs even to be included in those sections)
*Use the inverted pyramid form of writing found in news articles (i.e. answer the primary questions of who, what, when, where, why, and how and then move on to the less important issues)

Expository writing is generally written to (a) inform an audience using facts and descriptions, (b) provide instructions, or (c) to explain ideas and concepts. Based off of this definition writing within the expository genre generally falls under the third-person category; meaning that it is written using no personal pronouns such as I or you. This approach is traditionally done in school settings and usually taught as the point of view to be taken with expository pieces.
But in many cases this method is deviated from and and writers as well as journalist will include both first and second person points of view in their writing (though maybe not at the same time), alongside the third-person point of view. This technique provides many benefits-for instance:
it can add a bit of intimacy to writing when you use the term I as well as provide a personal and conversational tone when using the term you.

The writing trends and stylistic methods mentioned here are limited in some ways as they primarily focus on the common forms of essays such as expository and narrative essays. Throughout reading its clear that other forms of essays such as the personal and persuasive essay may employ unique writing techniques specific to that particular form of writing.
Excellent places to obtain information on writing styles and trends would be via writing conferences or workshops. Likewise, some new teaching materials may also provide new and interesting approaches to writing (especially in the age of the online essay) though essay-specific titles may be hard to locate.
back to all posts
RECENT POST