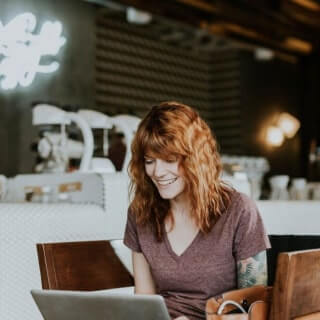 May 12, 2013
Lists are an important part of academic writing. Almost every paper will include a series of related ideas that can be grouped together, and creating lists is one of the most efficient ways to signify relationships to the reader. But just because they're useful doesn't mean their easy-putting together a good list means following the rules of academic writing closely.

There are a number of ways writers can choose to group information into lists in writing.

The most common type of list in academic writing will be in-text lists. Although you might not realize it, something as simple as "Factors that affect growth include sunlight, water, and soil composition" is actually a list. In-text lists can also include more grammatically complex phrases, for example: "In The Great Gatsby, Nick moves to the West Egg, meets Gatsby, and witnesses Gatsby's downfall, all in one summer."

Authors can also choose to include numbering or lettering within the text to separate the items in an in-text list. Usually this done when the items in the list are long or to indicate that the items occurred in a particular order. For example: "Subjects were asked to 1) identify the areas which they thought needed improvement, 2) detail what improvement they would chose to implement, and 3) explain how those improvements would benefit the team."

We're all familiar with bullet point lists; most of us use them regularly when doing things like
But while they're useful for these activities, they're generally not included in any kind of formal writing.

Numbered lists look similar to bullet points but have numbers instead of shapes to delineate the points. And, much like bullet lists, they're usually something to be avoided in formal writing.

By far the most common type of list used in academic writing will be in-text lists. As stated above, using bullet points and numbered lists will make your paper look more like an outline than a formal piece of writing. Remember, in your paper you want to spend time explaining every idea separately, not just dumping a list in front of your reader without any context or interpretation.
When grouping items together, it's also important to consider whether you actually need to use a list or whether it would be better to discuss each item separately. Keep in mind that readers are going to process all the items in a list as belonging together and will expect you to continue to address them as related ideas.

Make sure all the items in a list belong together

The most important question you need to ask yourself when you're editing lists is whether the items in that list really belong together. It's not unusual for writers to group ideas together when they write only to realize later on that those items don't actually fit together. If you find that the ideas in your paper have changed as you've been writing or you simply thought three things fit together when they didn't, you may need to edit or remove that list.

Don't string together long lists that include lots of complex phrases and punctuation that will just confuse the reader. A list should be straightforward-if the reader has to go back and read the sentence again to understand it, then it hasn't done its job.
Also note that you should always try to put the most grammatically complex item in the list at the end. It's not technically incorrect to put the items in a different order, but in general readers will have an easier time processing the list if you save the item that requires the most effort until the end.

Most style guides will devote at least a small section to punctuating lists (although some do not). Because punctuating lists isn't always a matter of following specific rules, it's important that you're consistent with your punctuation. Choose a style that fits somewhere within the standards set by the style guide you're using, then stick with that throughout the paper.

Part of good academic writing is learning to express your ideas in complete sentences and then fully explain their significance in a way that flows smoothly from sentence to sentence and paragraph and paragraph. And, as much as you might like lists, it's hard to accomplish that goal when your paper is nothing but bullet points or long in-text lists. When you rely too heavily on lists, your paper will stop being a paper and will instead look more like a summary or a PowerPoint Slide. Remember, it's your job as a writer to eloquently draw connections between words and ideas, not to just slap down a list and let readers draw their own conclusions.
back to all posts
RECENT POST

I would like to thank you with all my heart. It was a miracle that you managed to complete my huge thesis for such short period of time. What you've done was actually enough. Will need your help soon with my dissertation. See you!