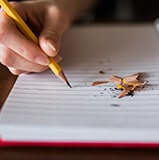 How to Use Secondary Sources

Jan 22, 2013
Secondary sources are a part of most research papers, particularly in the humanities, where you'll be asked not only to analyze an original text, but also to explore the arguments that other researchers have put forward about your topic. But just what are secondary sources, and how do you integrate them into your paper?

If we're going to talk about how to use secondary sources, first we have to clearly define just what they are. In general, no matter what discipline you're working in, there are two kinds of sources you can cite in a paper: primary and secondary. If you're citing someone's original work, that's a primary source. This type of source will look different depending on what you're writing about: for an English paper this might be a novel or poem; in history class a primary source could be a 19th century letter or a Civil War era journal; and in the sciences, peer-reviewed journal articles that describe original research are primary sources.
When you cite someone who's writing about a primary source, that's what called a secondary source. So, a book that discusses the symbolism of The Great Gatsby is a secondary source: it's providing analysis of somebody else's writing. In history, common secondary sources include books and journal articles that argue for a certain interpretation of history. Often these works will include references to primary sources like census data, letters, or newspaper articles to prove their thesis. Secondary source materials are less often cited in scientific works, but examples include commentary on trends or issues that are published in journals or books that bring together all the research on a particular topic. No matter the field, just remember that in a secondary sources the author is always providing his or her own analysis and interpretation.

What can you do with secondary sources?

Students are often told that they need to include a certain number of secondary sources in their papers, and this request can easily lead to confusion. After the difficult process of finding books and journal articles on your topic, just what are you supposed to do with all that research?
Support your thesis. One of the most basic things you can do with secondary sources is to find somebody who agrees with the argument you're making. Let's say you're writing a paper about symbolism in The Great Gatsby, and you want to argue that F. Scott Fitzgerald uses the image of dust in the novel to symbolize the moral decay of the characters. In your paper, you'd present evidence from the original text (the primary source) to support this, and then you'd cite a secondary source that also supported your idea. Or, if you're writing a history paper, you can find writings from other scholars who support your interpretation of a particular historical event or time period. Basically, it's a way of showing that you've done your research, and that your thesis fits in with other research being done in the field.
Here's an example of what this type of paragraph would look like:
While it is the most talked about symbol in The Great Gatsby, the green light is not the only important image the recurs throughout the novel. Images of ash and dust appears in many scenes, particularly in and around the home of the Wilsons. Fitzgerald describes the "ash-grey men, who move dimly and already crumbling through the powdery air," and also writes of the "foul dust [that] floated in the wake of his [Gatsby's] dreams" (Fitzgerald p. 115, 3). The prevalence of the images of dust and ash reinforce the theme of moral disintegration that is so pronounced throughout the novel. The ash-heap that surrounds the Wilson home is particularly dark and dirty. As the critic Charles Weaks noted, "the ash serves to remind that reader that no brightness, no slice of light or happiness, can be found shining on the Wilsons" (Weaks, p. 314). As the site of Myrtle's hopeless dreaming and gruesome death, the ash heap represents the moral quagmire that drags down all dreamers in the novel.
Present opposing viewpoints. A thesis is only interesting if it's open to interpretation. There's nothing challenging or exciting about reading a paper that argues something that isn't really arguable - if the reader already agrees with you, then why should they bother reading your carefully planned evidence? That's why it's important to show that your thesis is debatable: choosing secondary sources that present an opposing point of view is actually a great way to strengthen your argument and liven up your paper. Instead of just laying out your pieces of evidence one by one, you can instead set up a debate by showing the opposing point of view and then explaining why it's false. For example, in a history paper you might cite a source that supports the idea that Thomas Jefferson was an unapologetic slave owner, then go on to show how this argument is based on an incorrect reading of a letter. In an English paper, you might cite a source who argues that The Great Gatsby's narrator is a hypocrite for rejected Tom and Daisy but staying loyal to Gatsby, then list evidence from the text that refutes that idea.
Here's an example of how to use opposing secondary sources in a paper:
Many historians have noted the obvious hypocrisy of a man famous for penning the phrase "all men are created equal" also owning hundreds of slaves. Some historians have tried to downplay the dissonance of Jefferson's position by noting that, in the times in which he lived, it would have been almost impossible for Jefferson to act out any abolitionist leanings he may have had. Historian Walter Smith-Hawks noted that, had he freed his slaves, the aristocratic Jefferson "would have been left destitute, with a failed plantation and no means by which to support his dreams of a new, independent United States" (Smith Hawks, p. 56). This argument, however, holds little weight when held up against the moral imperative that all men should be free - a maxim that Jefferson publicly supported but privately abhorred. After all, no one has claimed that the act of freeing his slaves would have been easy. Indeed, it is generally acknowledged that it would have been an extremely difficult process, and in the face of this challenge, Jefferson fell noticeably short.
Provide background information. Sometimes you just need a secondary source in order to provide background information for the reader. Maybe you need to provide historical context for a novel in an English paper or discuss the development of a particular technology for a science paper. The sources won't be cited as part of your thesis, but instead are just used to provide context. Keep in mind that if you're citing secondary sources to support facts that are important to your paper, you're relying on the credibility of the source to make your paper believable. That means you need to find reliable sources (not questionable websites or obviously biased writing).
Here's an example of how to use secondary sources to provide background information:
Austen lived at a time in which upper-class women had no occupation other than this so-called education. Women of Austen's standing spent their time stitching, playing musical instruments, or painting; they were not encouraged to develop their minds or look for intellectual pursuits. An educated woman was one who "could enchant the company with her skill on the piano forte and with her fine voice, and who would then fade into the background when the men decided to speak of serious things" (West, p. 82). As a talented writer and thinker, Austen obviously took issue with the strict confines of her expected role. Indeed, in many of her novels she subtly and not-so-subtly mocks the fine ladies and gentlemen who take up the mantle of a proper lady's "education."

How to find secondary sources?

It might seem like this is a topic that should have been addressed first - we have to find sources in order to use them, right? But knowing what you want to do with sources is a crucial part of the research process. As you're looking through the library or at online journal databases, having an idea of what kind of sources you'll need will help you weed out the sources you don't want. If you have a thesis, then as you search for secondary sources you can evaluate how you would use them. Do they support your thesis? Do they present evidence that counters your argument? Do they provide helpful background information? As you collect sources to use, make a note of how you plan to integrate them into your paper - it will save you a lot of time and hassle later.
Even if you don't know what you want to write your paper about, you need to be asking yourself the same questions as you read through pages and pages of research. Look for ideas or evidence that jumps out as you as something you either agree or disagree with strongly. Also look for how other scholars are using primary and secondary materials in their work: following the trail of citations will often lead to new sources and can help you better understand a topic.
back to all posts
RECENT POST
services