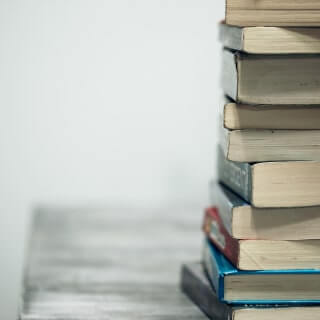 The Secrets of Doing Footnotes for History Paper

It's thought that styling and formatting rules depend on the formatting style that's used, but it's only partly true. The discipline also defines the rules. For example, when you write a biology report, you shouldn't consider how to include this or that table in your paper, format equations, and so on. At the same time, working on an essay in humanities implies that you know how to include quotations properly. If you're assigned to write a history paper, be ready to face a unique set of demands. History departments in colleges and universities often require students to include footnotes and endnotes in their papers, so be ready to face this requirement.

Note: The information below was taken from the Chicago Manual of Style 16th edition because this style is most widely used in history papers. If your teacher required you to use another formatting guide (MLA, APA), note that the rules will differ, and you may need additional information.

Footnotes are necessary for an academic paper because they are the means of citing. It's a number inserted into the text that directs the reader's attention to another location in the paper where they can find more information about what they've just read. In history papers, footnotes serve as a way to cite sources, and the note is usually a bibliographic entry that details the source material for a quote or idea. However, these notes can also be used to expand on ideas in your paper.

Ok, but what's the difference between foot- and endnotes? The first ones are usually placed at the bottom of a page, whereas the latter is placed in a separate section at the very end of your paper. History teachers opt for using footnotes because it's more convenient for readers. They don't need to open the end of the paper again and again to check the note. This option is suitable only if the number of notes isn't huge and they won't take half of the page. Anyway, you can contact your professor and get a consultation on what notes you should use. It's better to ask a question in advance than to get a poor grade and rewrite the paper. The information we'll discuss below will relate mainly to footnotes, but it also applies to endnotes.

What Is Included in Footnote?

What information should be cited: It's hard enough to choose what to cite. On one side of this spectrum, you've got direct quotations-material typed word-for-word from the source text-that should always list the source. On the other hand, you have your own personal arguments and ideas; obviously, these won't have any source. Then you have everything else in between. Often it can be difficult to find the line of demarcation between the source of information and your own ideas. Moreover, a fact or idea can be considered common enough to skip the footnote. When you're in this gray area, it's a matter of personal discretion, but there are a few guidelines that can help:

Footnotes can also include additional information about a certain source. If you want to tell your readers a description of the book's or paper's background, you can add it to your footnote. It's not obligatory, and it should be used only when necessary to answer potential questions the reader might have that would lead them to question your work.

You can use footnotes to add some additional information relevant to the issue you're describing. Let's imagine that your paper is devoted to any historical figure. If you consider a fact, story, or even anecdote useful for your readers or even your research, don't hesitate to include it in a footnote. It's a perfect place to include details that can't be added to the text but are still necessary. Remember that this technique is good only if you don't overdo it. Please, think twice before adding this kind of paragraph to your paper.

The Secrets of Using Footnotes

Footnotes should be marked in the paper with a superscript number like this.1 The corresponding notes should be numbered at the bottom of each page under a line separating them from the main text.

Footnotes should always be placed at the end of a sentence, never in the middle, and should come after the sentence's ending punctuation.

Jefferson was unable to complete the requirements of the will due to legal complications 1, but he never commented on the matter directly.

Jefferson was unable to complete the requirements of the will due to legal complications, but he never commented on the matter directly.

Adams claimed the affair to be "an injustice of the most heinous sort.

Adams claimed the affair to be "an injustice of the most heinous sort.

More than one footnote should never be included side-by-side. If you must include a few sources, include them all to one and the same note, avoid using multiple footnotes. In fact, it's often a good idea to cite several sources, particularly when writing on a controversial topic: the more evidence you can provide for your argument, the more credible your paper will be.

Jefferson never publicly acknowledged the paternity of his children with Hemings, and they were only freed after his death

Jefferson never publicly acknowledged the paternity of his children with Hemings, and they were only freed after his death.

The Difference Between 2 Source 1 and Source 2.

Citing one and the same source several times is allowed, but you'd better put one footnote at the end of the paragraph. Sometimes it's required to use a shortened bibliographic entry for this purpose. Ibi abbreviation must be used for citing one and the same research paper, book, or another source in two footnotes in succession. Here is a reference for you to understand how should it look:

Below are the rules of formatting common sources for footnotes citing.

Book with more than one author (print)

Remember that your paper must have a bibliography page: this section is usually located at the very end of your paper and serves for enumeration of all the sources you cited in footnotes. These references will look slightly different: page numbers aren't included, and the order of names is changed. For example:

The list should be alphabetized by the author's last name.

Finance is one of my favorite courses, but that research paper was really tight. I'm so grateful my writer was attentive to all the requirements and did everything perfectly!