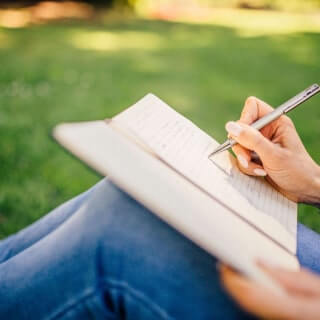 How to Use Adjective, Adverb, and Noun Clauses - Grammar Made Easy

Anyone who's made it through a basic English class can probably identify nouns, adjectives, and adverbs.

These essential parts of speech form the backbone of sentences and add a little spice by allowing us to modify the other words. A car becomes a new small red car, and a simple shirt turns into her favorite patterned shirt.

When it comes to the adjective, adverbial, and noun clauses, though, many students can find themselves confused. So just what are these clauses, and how can you tell if you're using them correctly?

Before we take a closer look at these troublesome constructions, you need to make sure that you understand a few basic grammar terms.

Now that we've gone over adjectives and clauses, it should be pretty easy to figure out what an adjective clause is. As the name suggests, it is a clause that acts as an adjective. These are always dependent. They can't stand on their own as sentences but are instead attached to independent clauses in order to modify nouns.

How can you tell if a clause is an adjective one? It's pretty simple: once you have identified a dependent clause, try to identify the noun it's modifying. Adjective clauses can tell one of several things about that noun:

Let us look at the previous example!

In this particular sentence, "that we bought last week" is answering the question "which one?" by telling us which table we're talking about. Here are a few examples where adjective clauses are in bold and the modified noun - in italics to tell you more about the topic.

You'll notice that all these phrases start with the same few words. These fall into one of two groups: relative pronoun and relative adjective. Looking for these words in sentences can help you locate the needed clauses.

You may also have noticed that in some examples above the adjective clause is set off by commas. How can you tell if it needs to be punctuated or if it can be left alone? The key is to look at what role the clause plays in the sentence. If it's necessary - that is, if the sentence doesn't make sense without it - then you don't need to use commas. By removing the adjective clause from the first example above, we lose a necessary piece of information that changes the meaning of the sentence:

On the other hand, when we remove the adjective clause here, the main idea of the sentence remains intact:

When the adjective clause isn't necessary to the sentence, it should be set apart by commas.

Generally, if the adjective clause is needed to clear up any ambiguity about which noun is being talked about. I.e., we need it in order to know which student will receive the prize - so it's essential. If we already know which specific noun we're talking about (i.e., this necklace), the adjective clause is just adding more information. Meaning it is not essential to the sentence. Often, this distinction is unclear. But, you could make a case either way, so don't worry too much if you have trouble identifying essential and inessential clauses.

Adverbial clauses can be identified by several specific questions they answer. They will tell you one of a few things about the verb of the main sentence:

Adverbial phrases start with subordinate conjunctions. Those are words that join together an independent and dependent clause while indicating which is the subordinate (or secondary) clause.

Like adjective clauses, adverbial ones are sometimes set off by commas. However, in this case, it's their placement in the sentence that determines how they're punctuated. Clauses that begin the sentence should be separated from the main clause with a comma. Those added at the end of the main clause do not need one:

At this point, you can probably guess that a noun clause is a clause that acts as a noun.

Also called nominal clauses, these dependent clauses can function in a sentence just like any other noun. They can be a subject, subject complement, direct object, indirect object, the object of a preposition, or an appositive. I.e., "Why you ate all that cake is a mystery to me." Here, the clause why you ate all that cake is acting as a noun and is the subject of the sentence.

Because nominal clauses act like nouns, there's no set of particular questions they answer, since they're not modifying any other words in the sentence. Below are some examples with the nominal clauses in italics and the function of the noun in parentheses.

It is extremely important for any student to know the qualities and differences between adverbial and adjective clauses. And how they all stand apart from the noun clause. You need to achieve the level of knowledge where you don't even stop to check with the grammar book. So you better study hard and grind those rules!

English is a beautiful but complex language. With time, you can master it to the point of writing your own novels, let alone essays and research projects. Good luck!

I like how the writer communicated with me, clarified all the details and provided the paper I wanted. He was very loyal with me and my numerous requests for revision) You do what you advertise, high quality paper followed all my requirements!