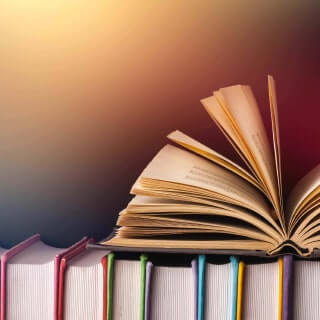 A Guide to Characterization

Feb 25, 2013
One of the most complex tasks for any writer is building believable characters. Unlike in movies or TV, where the storyteller can use visual clues to give the viewer details about what a character is doing or how they look, a writer only has words to work with. This means that an author has to carefully choose what details they want to hand over to the reader in order to create a solid character that readers can understand and respond to. There are lots of different ways writers can describe people in novels, short stories, and plays, and whether you're reading or writing, it pays to be aware of just how these characters come to life.

The process of creating a character is known as characterization. You can think of this as the same process you'd use to describe somebody you know. Let's say you wanted encourage a friend to let you set her up on a blind date. When describing this potential date, you'd choose characteristics that you'd think she would like: maybe you describe his hair or what kind of clothes he wears, or maybe you focus on his personality and tell a story about a nice thing he did for you once. Those are all examples of characterization: from all the ways you could have described this guy, you choose specific ones in order to create an image of him for your friend. When they write, authors have to do the exact same thing.

All the different ways that writers have at their disposal to provide characterization can be grouped into two broad categories.

When details about a character are suggested through action or dialogue, instead of being directly stated, that's what's known as indirect characterization. When you tell your friend a story about how this potential date once picked you up when your car broke down, you're indirectly telling your friend that this guy is responsible and helpful. This type of characterization is also called implicit since the person's attributes are implied instead of plainly stated.

The most basic way to tell the reader something about a character is just to state it. This kind of direct characterization can be effective, but it can also get boring quickly if readers are just bombarded with a list of personality traits and physical descriptors. By just telling the reader a fact about a character, you're taking away the reader's need to pay attention and form his or her own opinions. While it's perfectly fine to use descriptions-and all authors do at one point or another-it's also almost important that they be used sparingly.
Example
"[Jack was] tall, thin, and bony [...] ugly without silliness." (This description of Jack in Lord of the Flies by William S. Golding tells the reader what the character looks like.)

Telling the reader what a character does is a good way to give information about that person without falling back on boring descriptions. In our example above, the story about the car is an example of characterization through action: the listener learns what sort of person this man is by looking at the things he does.
Example
"He's read a Chicago paper for years just on the chance of catching a glimpse of Daisy's name." (When the reader learns to what lengths Gatsby from The Great Gatsby is willing to go to in order to be near Daisy, it illuminates the character's desperation to the reader.)

In addition to describing what a character does, a writer can also tell the reader what a character says. Dialogue is a great way to quickly build a person's personality and reveal facts about their life without stating them outright. Just imagine a fight you've had with a friend or family member, and then think about how much someone listening to that conversation could learn about you from what was said.
Example
"I'm thirty. I'm five years too old to lie to myself and call it honor." (Here, Nick Carraway is talking about himself in The Great Gatsby, and the reader learns how honorable he truly is.)

When it comes to characterization, one advantage that books have over TV and movies is that writers can give the reader access to the characters thoughts. Showing how a character comes to make a particular decision or explaining their emotional reaction to an event will do a lot to shape how the reader sees that person.
Example
"I suddenly had this crazy feeling like I wanted to bolt from the car and run through the fields until I couldn't run anymore." (When Paul is confronted with his new home in Tangerine by Edward Bloor, his thoughts communicate to the reader how unhappy he is.)

Sometimes a writer may choose to tell the reader about a character by having other people in the story provide opinions or reactions to that character. By observing how other characters interact and what they have to say about each other, the author can indirectly tell you, the reader, how to see that character as well.
Example
"I hate careless people. That's why I like you." (When Jordan Baker tells Nick Carraway that she likes Nick because he's not a careless person in The Great Gatsby, the reader learns how others perceive Nick.)

Writers can also use more abstract methods to subtle suggest character attributes to the reader. One of the most common of these is symbolism, particularly associating characters with objects or ideas that carry a certain message or meaning. For example, in The Great Gatsby, Gatsby is shown in his bright yellow sports car, an object many people associate with flashy opulence, and in Macbeth, the blood on Lady Macbeth's hands is symbolic of her guilt.

The important thing to keep in mind is that all these different methods join together to create one, complex characters. In a good story they build one of top of the next and feed off of each other, adding layers of nuance and shading to paint a complete portrait of a person. When done well, the character should feel like a real, flesh-and-blood person that you might know-you can imagine what they look like and how they behave, and you can predict how they might respond to situations in the world of the book.
When done badly, however, characterization creates confusing or flat individuals whose motivations and actions are mysterious or unexplained. At best these characters will be boring for the reader, and in the worst case scenario the poor characterization will make the reader question the world of the story and toss the book aside. Another problem with poorly built characters is that readers will often have to fill in the blanks with their own experiences or beliefs, which, while sometime useful, can often sink a piece of fiction.

So what does all this mean if you're writing an English paper? Along with theme, plot, setting, and style, characterization is one of the main areas of analysis covered in most English classes, which means understand characterization is important when it comes to research papers and essays. Often an author's use of characterization can be the subject of its own essay, but even if you're writing on another topic, it's important to be understand how characters are put together.
When you asked to analyze characterization, start by asking yourself how you would describe the character. What adjectives would you use to describe him? What do you think he looks like? Do you like or dislike him, and if so why? Think about how you would describe the character to another person.
Once you have an understanding of how you perceive the character, it's time to go back through the text and identify passages that helped build that character. Look for the words or passages that directly contribute to your understanding of the character, and try to elaborate what it is about those sections that lead you to picture a character a particular way. Pay special attention to the characterization methods listed above (description, actions, speech, thoughts, other characters, and symbolism), and try to identify which methods are being used by the author. In most fiction the author will use all of these techniques, along with others, so part of your analysis should include determining which of these methods are successful and why authors choose to use those methods. Remember, every word in the story serves a purpose, so try to figure out what the author trying to accomplish with the characterization techniques he or she chose.
back to all posts
RECENT POST

Satified with my dissertation. Topic covered, methodology done right, literature is up to date, referencing style followed.Thank you again!