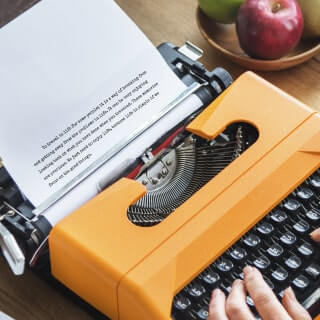 What is a Gender Discrimination Essay?

The term 'gender discrimination' denotes disadvantageous or unfavorable perception of individuals based primarily on their sex. Historically, women are more discriminated against than men, and mostly because of the differences in strength and physical endurance. The problem reaches far back into antiquity, and if we look at the stories in the Bible, we'll see that the man and the woman there are not treated equally, either. However, the women's rights movement has been gaining ground in the recent century, succeeding in achieving equality for women in different areas of life. Unfortunately, the problem persists in many countries, especially Arab ones, where women's rights are often neglected or grossly abused. Studying the problem and searching for ways of reconciling differences between opposite sexes is precisely what the essay on gender discrimination all about.

Check out the text below to find out how to write a paper of this type and choose the best topics to impress your audience. But, before we proceed any further, let's establish what the meaning of the gender discrimination is.

The essay on gender discrimination in education is the most popular type of gender-related paper in college.

If you decide to write about discrimination in education, make sure to focus on financial aid, housing, physical education (PE), and counseling. Compare and contrast the living conditions of male students and those of female students to illustrate your argument with the help of examples. Do not forget to refer to various laws to prove the thesis, e.g., admit that no individual in the US shall, on the basis of gender, be excluded from any types of activities.

A Good Outline and a Few Ideas

As far as the structure is concerned, stick to the regular essay format:

Being an action plan of a kind, the outline is something no writer can do without. Prepare and use it to keep track of your writing process and ensure your essay's logical structure. In the essay on gender discrimination in sports, one may come up with 3 main points:

Pick a topic related to the unenviable plight of women in Saudi Arabia and cite a few examples, e.g., that women there have no voting rights and cannot drive a car without a man sitting next to them.

In the third-world countries, women get unfair treatment because they are not allowed to leave their homes, communicate with men, choose their husbands, or get primary education. Expound on that!

Gender Discrimination in the Workplace

When it comes to workplace discrimination, the first thing you should focus on is the wage gap. It is a common problem in the developed countries where female employees tend to make 77% of what their male colleagues do for performing the same job. The impact of gender discrimination on society proves to be more harmful, especially for single-parent families with children who are in grave danger of facing poverty and hunger because of that.

Start your essay with a hook sentence which states something impressive. This can be:

Please, keep in mind that the list is by far not an exhaustive one. How about starting with statistics? State some well-known fact, such as that female sports get less than 3 percent of the entire sports media coverage, even though women account for more than 40 percent of participants there. Proceed to define gender discrimination before finishing your introduction with a thesis and defending your point in the body paragraphs with credible evidence.

Still none the wiser and hard-pressed for ideas and looking for ways to meet a challenging deadline? No worries! Just drop us a line and order a custom essay or proofreading services!

Yeah, I kinda lost a track of time with all the work I've been doing, so I almost missed my case study deadline. But your writers helped me! They didn't get the formatting right on the first try, but revised everything very quickly. I got an A, so thank you.