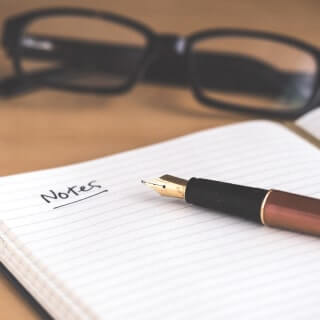 Nov 18, 2012
A master of deductive reasoning, Sherlock Holmes is the most famous detective in the history of literature. His ability to solve baffling crimes on scant evidence drawn from minute details was well documented in the 56 short stories and 4 novels in which he appeared. Assisted by his loyal friend, Dr. John Watson, Holmes relies on his incredible powers of observation and broad knowledge of science and investigative techniques to solve dozens of perplexing mysteries. But more than anything else, the character depends on deduction and logical reasoning.
Any casual fan of the series by Sir Arthur Conan Doyle will recognize Holmes's most famous line: "Elementary, my dear Watson." Spoken to his trusted confidant, the master detective conveys the simple idea that most things are, well, simple. Although few possess his keen mind or fictional acumen, deduction is a type of reasoning most of us use each and every day.

Let's say we wake up in the morning and our front lawn is drenched. What logical conclusion are we to draw from the sudden infusion of H20? Perhaps a nearby water tower sprung a leak or a water truck passed by and soaked the lawn? Of course, those are not the most logical explanations for the situation. The most logical explanation is that it rained. And that is just one example of how most of use deduction on a daily basis.
When utilized in an academic setting, deduction is used to access the knowledge level of students in many different areas of study. A deductive essay is one that requires a writer to draw his own conclusions based on a set of clues or circumstances, also known as premises. The purpose is not to answer the question or solve the problem with one hundred percent certainty, but rather to reach a reasonable assumption.
Unlike most other kinds of formal essays, the deductive version does not exist within a hermetically sealed bubble. Rather, it draws from outside sources and not simply on facts and evidence that relates to the subject. The author will be asked and expected to weigh individual factors against current information and knowledge. Only then will he be able to come to a reasonable conclusion.

As Sherlock Holmes implied, deductive reasoning is elementary. The process includes three parts: the premise, the evidence, and the conclusion. The premise is the basic fact that will be used to reach a reasonable assumption. The evidence is the information you have on hand and which cannot be called into question. The conclusion is your analysis of the situation, which must be based on the previous two parts.
The following is a basic example of deductive reasoning:
While simple and lacking in sophistication, this exercise is accurate and correct.

How to write a deductive essay?

Although not as common as traditional research papers, students in any of the following fields may be asked to write a deductive essay - the sciences, medicine, the law, investigative reporting, police work, and even literary analysis. Most students cringe when they are assigned these papers, since there really is no right answer. As we mentioned, deductive reasoning only puts us on the most reasonable path. It is far from foolproof!
A well-thought-out deductive essay is focused and clear. Each paragraph should center on a specific point or aspect of the argument, using precise details and examples that will lead the reader (and the writer) to a logical conclusion. The most important factor to keep in mind is the strength of the conclusion, which is based almost entirely on support for one's point. In other words, if the support is tenuous or scant, the conclusion will be as well.

5 popular topics ideas to choose from

Because educators want to see both sides of the argument, many of the topics for deductive essays include comparison. With college costs on the rise, cheaper and more convenient online educational programs have become ever more attractive. But do they deprive the student of individual attention and will he miss out on college friendships that might last a lifetime? These are just two of the questions writers might consider when tackling this topic.

While politicians bully and bluster about this timely issue, most Americans are on the fence about undocumented workers and their effect on the economy and culture of the United States. Writers who select this topic should be prepared to do a lot of research. The subject is a broad and contentious one and there is a lot of evidence and numbers to support either side of the argument.

Although the Soviet Union collapsed more than two decades ago, Communism is still alive and well in Asia. But is it a better political system than democracy? You might want to consider the impact each system has had on the social, cultural, and economic lives of the people who live under them.

Once again, the writer must choose a side and present evidence as to why his argument is the correct one. For example, if he maintains that cloning will have a negative impact on the overall society, he must present more than his opinion. He must provide real evidence that cloning will alter the human experience in an unhealthy or detrimental way.

Should the U.S. Government be permitted to police the Internet?

There's a reason why the internet was originally known as the World Wide Web, i.e., it is a global communication system. But governments in countries around the world, including America, are now starting to crack down and block or ban sites that they believe contain offensive or inappropriate content. Should they be allowed to do so? According to government officials, yes! According to most online users, no! For this essay, the writer must take a position and provide clear evidence that he is on the right side of history.
back to all posts
RECENT POST

I'm basically living my dream life by majoring in the thing I love, but sometimes I physically cannot meet some deadlines. My friend told me about you, and I'm happy I listened to her. My argumentative essay from you got an A!