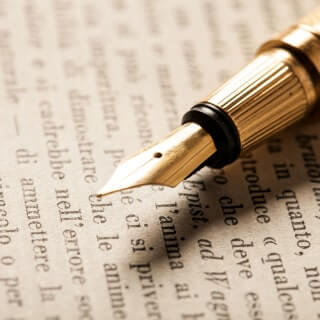 Critical Review Help: How to Write a Movie Critique

Oct 30, 2012
A movie critique is a complete informative review of a movie. Writing a movie review is an art by itself. It requires one's understanding, patience and unbiased opinion about the movie. The main idea of a good movie critique is to give the readers information about the movie, so that they can determine whether to watch the movie, buy or rent it.
The writer needs to include in his/her movie critique details of what the movie is about, personal assessment of the success failure ratio, based on the evidence from the film. Therefore it is more than a film synopsis or other interesting publicity aspects of the film. For the writer, a movie critique is his/her opportunity to share his/her personal opinion about the film based on the pleasure, frustration, surprise or disappointment that the film offers.

First and Foremost, Watch the Movie that is to be Critiqued

The first step that one should take before writing a movie review is to watch the movie. A movie review would not be genuine if written without watching it. The writer needs to watch the film in a peaceful environment and make notes about the details of the film or even watch it a second time to focus more on the movie.

Make An Effort to Write an Unbiased Review

Movie reviewers give their opinion about the film. Care needs to be taken, as these reviews should be unbiased or impartial. It is better not to use superlative words like "extra-ordinary, excellent, worst" or the like. Opinions should be detailed and explained in a way that the reader is in a position of making their own opinion of the issue being liked or disliked. The reader should be able to determine if he/she would agree or disagree with the opinion. If readers find a movie reviewer with a similar taste and agree with the opinions of the movie reviewer, they develop a following and blindly go by the recommendations of the movie reviewer.

The next important aspect about writing a movie critique is identifying your audience. One needs to know exactly who the target audience is for the movie critique. If it is being written for children then aspects to be highlighted would be different and also the standard of the language would be different when compared to other readers. Approach should be made as per the readers in order to keep them connected.

An ideal movie critique should not be less than three pages and more than five pages in length. It is desirable to give a sketch of the plot of the movie so that the reader knows what to expect in the film and has an idea of what the film is all about. It should only be an outline and not the entire movie scene by scene. Care should be taken not to reveal any essentials, surprises or twists in the plot or the end of the film. An attempt of recounting everything and penning it down will not only bore the reader but also frustrate the writer. One might state that something interesting happens in the movie without revealing what it is, to keep the readers excited about the film.

Discuss the Storyline and Structure in Detail

Make Sure You include Your Opinion on the Important Aspects of the Movie Such as Direction, Screenplay and Music

The other essentials of a movie are screenplay, lights and music. Therefore the movie critique should include details about how the film was directed, any flaws in the screenplay, the effective or ineffective use of lights, background score and music. Again the writer's opinion about the above has to be what he feels personally and not other's opinions.

Below are few basic questions, finding answers to which might help one in writing a good movie critique.

The list of such questions is not limited to the above ten. Once answers to such questions are included in the movie critique, one can be assured of writing details on all the essential aspects. Basically anything one can virtually think of or react to is valid enough to be included in the movie critique. The writer has to be careful about the tense being used; present tense has to be used when writing incidentally. Before publishing the critique one has to check, and recheck for any errors or mistakes.
back to all posts
RECENT POST

I'm quite bad at analyzing, and that is why all the professors are always unsatisfied with my works ( But, I started purchasing from your writers, and I can already see amazing improvements! Thank you for all the guidelines and provided papers!

There is one thing that never changes – the high quality of your service! Apart from amazing paper, I like the fact that I can always contact my writer. This helps me control the process whenever I want and stay confident about the result.