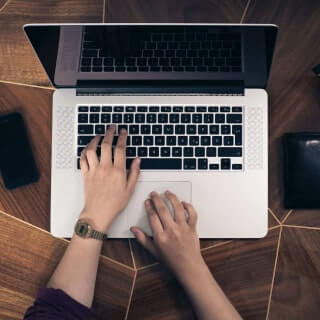 Apr 27, 2013
Here are three common pronoun mistakes that every student should look for in their writing.

The thing in a sentence that receives the action of a verb or preposition. In the sentences "My brother kicked the ball" and "I passed the book to Abby," the ball and Abby are objects receiving the action of the sentence.

1. Using a plural pronoun for a singular noun

The problem
If a writer replaces a singular noun with a plural pronoun, they have made a mistake.
This is a common problem for professional writers as well as students, and as a student you shouldn't feel too bad if it crops up in your papers every now and again. That's because this mistake isn't really the writers fault-instead, it's a problem with the English language itself. Unlike many other languages, English doesn't have a gender-neutral pronoun, that is, a pronoun that you can use to refer to a person without indicating their gender. You can say that "he did something" or "she said that," but there's no word to indicate that you're talking about someone who's not specifically male or female. (While the pronoun it is gender neutral, it's only used to refer to things, not people.)
The lack of a gender-neutral pronoun can cause problems for writers when they want to replace a gender-neutral, singular noun like "student" or "guest" with a pronoun. Writers have several options, none of which sound particularly good. To be technically correct, you can use "he/his" or "she/her."
Correct
Each student needs to bring his own lunch.
If a guest wants to order room service, she needs to have cash.
As you might have noticed, this construction implies that the student or guest is necessarily male or female, which is why most style guides recommend using "he or she" or "his or her."
Correct
Each student needs to bring his or her own lunch.
If a guest wants to order room service, he or she needs to have cash.
In order to avoid this awkward construction, many writers have picked up the habit of using "they" in place of "he or she." The problem with this is that the noun being replaced is singular, so the use of "they/their" is technically incorrect. However, it is usually accepted in informal writing.
Incorrect
Each student needs to bring their own lunch.
If a guest wants to order room service, they need to have cash.
Another way to get around the awkward "he or she" construction is to simply make your singular noun plural. This won't always work, but in many instances it can be a good way to avoid mistakes or clunky writing.
Correct
Students need to bring their own lunches.
If guests want to order room service, they need to have cash.

3. Myself, himself, and herself

The problem
Because she gave the money to myself, I can decide what to do with it.
The incorrect use of the reflexive pronouns (myself, himself, herself, yourself, itself, ourselves, themselves) is another mistake that often comes about because students are trying to sound proper or formal. Like the use of "between you and I," the practice of adding "myself" or "himself" has crept into common usage, but there are in fact only a few narrow circumstances in which it's ok to use reflexive pronouns.
The first, and main, use of reflexive pronouns is to take the place of the object of a sentence when it's the same as the subject.
Correct
Elizabeth injured Elizabeth on the trampoline
becomesElizabeth injured herself on the trampoline.
I write poetry only for me.
becomesI write poetry only for myself.
Sometimes reflexive pronouns can be used to add emphasis. You should be aware, though, while this is technically correct, it's not a construction commonly used in academic or formal writing.
Informal
I myself have never read that particular book.
Note that the sentence still makes sense without the reflexive pronoun (I have never read that particular book). If you find places if your academic writing where removing the reflexive pronoun leaves behind a sentence that still makes sense, then you should take it out.