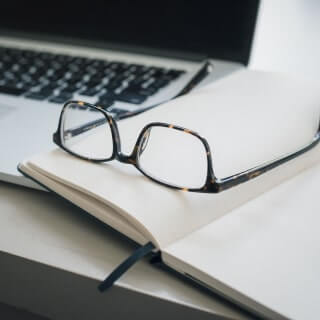 May 11, 2013
Adjectives and adverbs are an important part of any writing style. Used well they can elevate boring sentences and help writers clearly state their ideas, but when used badly they can distract the reader or even change the meaning of a sentence. Below you'll find a guide to some of the most common adjective and adverb problems along with simple guidelines to help you use them correctly.
Just a reminder: An adjective is a word that modifies a noun, and an adverb is a word that modifies a verb, adjective, preposition, or other adverb.

The problem
The problem was going to be very impossible to solve without help.
She was actually happy to see her brother.
One of the most common problems with adjectives and adverbs is simply putting them in where they don't belong. These words-known as unnecessary modifiers-pop up all the time in academic writing, in part because they're so common in conversational English. We insert extra words like really or kind of into our speech all the time for emphasis or as slang, but these unnecessary modifiers have no place in formal writing.
There are two main types of unnecessary modifiers you should be on the lookout for when you're doing academic writing. The first is adjectives or adverbs that modify a word that technically can't be modified, that is, a word that expresses a singular idea that does not have degrees. Think of these words as being like yes or no questions. For example, something can be or not be impossible, pregnant, fatal, or unique, but they can't be kind of pregnant or very impossible. When you see these words in your writing, you should cut them; so, the example above should read "The problem was going to be impossible to solve without help."
The other main type of unnecessary modifier is adjectives and adverbs that don't add any real value to the sentence. Words like actually, really, and definitely aren't changing the meaning of a word or sentence. And while we use these words in conversation all the time, they have no place in formal writing. In the example above, cutting the word actually doesn't change the meaning of the sentence, so there's no reason to leave it in: "She was happy to see her brother."

The problem
When he plays the piano he sounds badly.
Adjectives and adverbs are closely related. Obviously, both sets of words modify other words, and usually adverbs are formed by adding -ly to adjectives (e.g., quick becomes quickly and slow becomes slowly). The similarities between the two groups of words can lead to trouble when it comes time for writers to choose either adjective or adverb.
While the general rules of modifiers will get you most of the way (remember, adjectives modify nouns, while adverbs modify everything else), there are a few special cases that tend to cause problems. One of those is when the sentence has linking verbs like is, sound, feel, and taste that are followed by a modifier. Even though it looks like the modifier is addressing the verb, and hence should be an adverb, it's actually describing the subject of the sentence, which means you should use an adjective. In the example above, sounds is a linking verb, so the sentence should read "When he plays the piano, he sounds bad."

3. Mixing up adjectives and adverbs

The problem
She runs good and fastly.
Another source of adjective/adverb mix-ups is the group of modifiers in which it's not clear whether words are adjectives or adverbs. For example, there are some adjectives that end in -ly (e.g., friendly, lovely, silly) and plenty of adverbs that don't (e.g., fast, loud, far; these are known as flat adverbs because their form is the same whether they're acting as adjectives or adverbs). In the example above, fast is an irregular adverb, and its form doesn't change when it goes from being an adjective to ad adverb. So, fastly should be fast.
It's also true that some adverbs don't look anything like their adjective form (e.g., well is the adverb form of good), and, if that wasn't enough, the meaning of some adjectives changes entirely when the -ly ending is added (e.g., hard means firm or difficult; hardly means not very much). In the above example, good is modifying runs, which means you actually need to adverb form: "She runs well."
Unfortunately, the only way to learn all these irregular adjectives and adverbs is to memorize them and practice using them.

The problem
o matter how quick she finishes she'll probably lose.
One of the easiest adjective/adverb mistakes to make is simply to misidentify which word is being modified. This often happens in sentences with complex syntax or where the modifier and the word it modifies are separated by other text. For instance, in the example above, the word quick looks like it's modifying the word she, but in fact it's changing the word finishes (i.e., how will she finish-quickly). Thus, it should be an adverb, not an adjective: "No matter how quickly she finishes, she'll probably lose."

If you need a refined assignment — trust no one but this writing service! I ordered an essay on politics and was provided with an A-grade paper in a moment's notice! Definitely will cooperate with you more :)