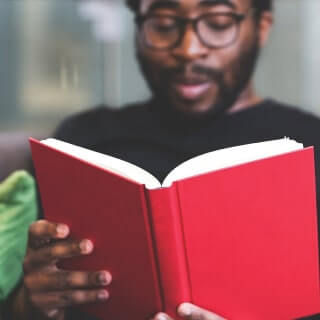 Jan 04, 2013
When you sit down to work on a paper, chances are you're going to be making an argument-that is, you're going to try to convince your reader that a certain position is true. You might be discussing a Shakespearean character, a historical event, or a chemical reaction, but no matter the topic of your paper, the goal is the same: to build a solid, logical argument. And in order to make sure your argument is as sound as it can be, you need to be on the lookout for the logical pitfalls that can sink your paper.

What is a logical fallacy?

Before we start looking at specific examples of logical fallacies, there are a few terms you'll need to know.

A statement you assume to be true and that you use to build your argument. Think of a premise as the foundation of your argument.

Inference is the process by which you draw conclusions from your premises. Many of the logical fallacies we discuss below are a result of incorrect reasoning when trying to make an inference.

The conclusion is the necessary consequence of your premise and inferences: it's what you're trying to prove.
These parts are easy to see in this example from Aristotle:
Lines (1) and (2) are the premise: we consider them true without having to prove them. The inference is the logical argument we make (All A are B, C is A, therefore C is B), and (3) is our conclusion.

Fallacies of relevance occur when evidence that is unrelated to the argument is used to prove a conclusion. While the evidence being cited is true, it has no logical bearing on the argument.

Probably the best known fallacy of relevance is the ad hominem, or personal attack, where instead of going after the argument itself you attack the person making the argument. For example, if your teacher gives you a bad grade and instead of pointing out how good your paper was you just tell your teacher she's ugly, you've committed this fallacy.

When you appeal to the growing popularity of an idea to prove its truthfulness, you've committed the bandwagon fallacy. There are lots of reasons that large groups of people might believe an idea, so you can't necessarily assume that because lots of people believe it that it's true.

The gamblers fallacy occurs when you assume that because a statistically unlikely event has occurred, a balancing event is more likely to occur in the short term. This is very common in sports. For example, because a basketball player has missed ten free-throws in a row, the announcer will say that he's bound to make the next one. In fact, the player's previous free-throws have no impact on whether he'll make the next one.

This is another of the most common fallacies of relevance. An irrelevant appeal is an attempt to persuade the listener by relying on emotions to prove an argument. These include appeals to authority (it's true because the teacher said so), consequences (it's true because if you don't believe it bad things will happen), force (believe this or I'll hurt you), pity (my story is sad so it must be true), and tradition (it's true because we've always believed it).

Just like the name suggests, a weak analogy is an analogy where the relationship between the two items being compared is too weak to support to the argument. For example, if I say "I'm like a teacher because I write on the chalk board, therefore I should be able to grade my own paper" the comparison of "me" to "teacher" is not strong enough to support the conclusion.

Fallacies of ambiguity happen when words are used incorrectly or imprecisely so that they seem to support an argument when in fact they don't.

An equivocation is when the same word is used to mean two different things within the same argument. For example, in the argument "All banks are besides river, therefore, the place where I deposit my money is next to a river," the equivocation fallacy occurs because the word "bank" has two different meanings. This type of fallacy often comes from the use of words with vague or multiple meanings like religion, belief, or truth, and it can be avoided by clearly defining your terms at the beginning of any argument.

A straw man argument is when you intentionally misrepresent your opponent's argument in order to make it seem weak. Then, when you prove the argument false, the opponent's original argument is "proved" wrong. In the following exchange,
Person #1: I'd rather have a cat than a dog.
Person #2: What, I can't believe you hate dogs! Anybody that doesn't like animals shouldn't have a pet.
person #2 is creating a straw man. Person #1 only said they preferred cats to dogs, but person #2 exaggerated that by saying he hates dogs.

When an argument relies on a vague or incorrect premise, that's known as a fallacy of presumption.

When you say something is true only because you can't prove it's false, that's called arguing from ignorance. The classic example of this is saying "Because nobody can disprove the existence of God, then he must exist."

A complex question fallacy is a question that rests on a improvable assumption and to which any answer confirms that assumption. For instance, if you ask someone "Are you ready to admit you're wrong?" whether they answer yes or no, they have to admit they were wrong in the first place.

A false dilemma is when a choice is presented between two options when there are other options available. For example, "if my teacher gave me a bad grade, it's either because she doesn't like me or because she read my paper wrong."

A slippery slope argument assumes that one thing will necessarily lead to another. They're very common in political argument; for example, "if people are legally allowed to use marijuana, then soon they'll start using more dangerous drugs."

A sweeping generalization (also called a hasty generalization) is a conclusion drawn from a single piece of evidence, for instance, "my dog peed on the floor, therefore no dogs can be house trained."

When you assume that just because someone else did something then it must be right. It's a favorite of children who, went caught doing something wrong, say "well my sister did it too!"
back to all posts
RECENT POST

Excellent as always! My fav thing is a chance to communicate with the writer - you always know what you are going to receive. Thanks guys!