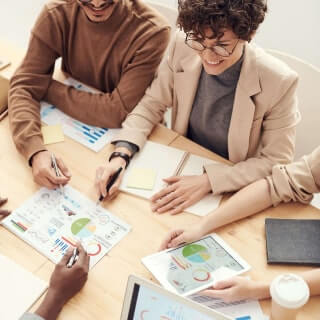 A common problem with personal narratives: how to make your work interesting

Feb 10, 2013
As with other narratives, the personal narrative serves the purpose of telling a story; though in this case the writer gets to enjoy sharing a piece of themselves with their audience as well. Sometimes harder to conjure up than a fictional piece, personal narratives have a special place in literature and are a treat to come by in magazines, newspapers, or other mediums. The reader gets a rare glimpse into the life of the writer; for instance, issues that have shaped and impacted their writing style, or a look at some of their own periods of growth and realization. For the author these writings are also beneficial as they can provide a format for a sometimes much needed self-disclosure.
There are many stages to the story - writing process, and all come with their own set of problems and difficulties. A big hurdle for some is filling the gap between ordinary and extraordinary; taking your writing from the average story to one that really grabs hold of the reader and skillfully engages them with your text.
Though of course this is not a quick fix issue; its something that takes a considerable amount of time, effort, and focus.
So where to begin?

There are several areas you can choose to focus on to deliver a strong product; some of them include tightening up your plot, strengthening your characters, adding more emotion to your writing, improving the description of your setting and so on. Though when your main goal is to bring a bit of interest and intrigue to your personal writing, a few more precise points can also be considered. A few examples are provided below.

Cater your personal story to the age, taste, and preference of your audience

Though this is commonly done by most authors it can be dramatically improved by conducting more intensive research on your target audience (a little bit can go a long way).

Instead of writing in first-person try a different perspective

Most personal narratives naturally are written in first-person. But a great way to surprise your reader and bring a nice twist to your story would be to talk about yourself from a third-person point of view. Or even more interesting would be to talk to yourself in second-person-though it could get a little weird!

Keep them engaged through suspense

Suspense is an all time favorite that will keep the pages turning and the reader on their toes. With a personal narrative you can aim to add in a bit of foreshadowing here and there to keep your audience questioning and guessing.

Have a great theme but don't over do it

Themes are an integral part of every story. A great theme will bring unity, meaning, and purpose to your writing. Though in some cases you can go a bit overboard with your theme placement by pushing it whenever you get a chance. To avoid this just think of your theme as something that should be discovered after some time-not by the second paragraph.

Include an antagonist to thicken the plot

An opponent is by far one of the best ways to grab your reader's attention and propel your story into full gear. Remember that with antagonist, you don't have to struggle with an outside person, it can also be an internal struggle or other outside force or object you are dealing with (not necessarily a person).
In addition to these points just mentioned, to keep your reader interested, engaged and satisfied, its also important to avoid some common pitfalls in personal narrative writing. The first one being the temptation to exaggerate and go beyond the limits.

Tip #1: Avoid exaggeration and trying to impress the reader

Exaggeration is sometimes hard to identify. You may for instance have a really great sentence-descriptive, vivid, and telling-but in some ways it goes 'over the top' without you even realizing it. A few may slip by you from time to time, but too many will definitely reflect negatively on your narrative. Sometimes when we try to dramatize a situation or an event we actually go into making 'overstatements' which may impact the overall quality of writing- especially considering that the truth should be present in a personal narrative.
An example would be "As I flew across the finish line I could feel the air beneath my feet and a breeze under my armpits and at that moment three angels appeared to me."
This sentence has obviously been dramatized a bit and clearly hits the point of 'going overboard' when it mentions sighting angels. It would have been sufficient enough to simply leave the description of the 'great winning moment' at "the wind beneath my feet and breeze under my armpits." And even though this was a pretty big exaggeration, even with less explicit ones, the general notion is to avoid them altogether.

Dialogue is definitely an excellent component to any narrative piece. It adds a considerable amount of life to the page and works well to describe and explain things in a more interesting and engaging manner. But like quotations, dialogue can sometimes be misused. Considering the trend of 'show don't tell' that a lot of readers tend to enjoy, you may be better off including more descriptive writing in your story than relying too heavily on dialogue.
As a rule of thumb, try to limit your dialogue to the average reader's attention span (which may not be much nowadays) to keep a good even flow to the story. So for instance, instead of adding a page of dialogue to get through a scene try and stop at a couple of paragraphs and then get right back into 'showing' the reader what's happening (this can be done through painting a scene or character, or descriptively relaying events that have occurred or will occur).

Tip #3: Be honest with yourself

Since personal narratives reflect a personal event or happening that occurred in your life, there can sometimes be sensitive issues or topics that come to surface. And since we know that writing is like therapy for many, this can actually be a good opportunity to explore a lot of these issues in a sensible and appropriate manner.
Though if you're not honest with yourself (as in what actually occurred, your response, or your stance on an issue), you really run the risk of shortchanging your development as a writer as well as your reader's experience. For example, you may end up going from a personal narrative to a 'fiction loosely based on you'-which you don't want to happen- fiction has its place and so does non-fiction. Even though the audience may not be able to tell, you will, and things may quickly spiral out of hand! Not to mention the great response you'll probably receive from genuine self-disclosure.
*Sometimes the most difficult thing for the writer to accomplish is the most engaging piece for the reader (truth speaks, with or without you).

Martha is a good freelance writer and loves sharing posts on different topics including tips and guidelines for articles and academic writing. Her professional experience helps to create interesting and useful material.

Thank you for the services. I did have to request for revision, and ask for sources review. Like ur free revision option, it guarantees that the instructions would be followed in the final paper.