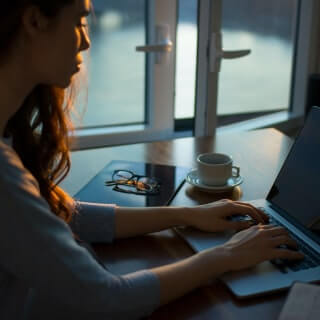 Say It Like You Mean It: Active Versus Passive Voice

Nov 15, 2012
There are many parts of good writing that are more about style than grammar, and active voice is one of those details. While a paper written in the passive voice can still be grammatically correct, it's almost always better to choose the active voice when writing academic papers. It will make your work easier to read and give your writing a much stronger voice. But how can you tell whether you're getting the voice right?

Before we get down to the nitty-gritty details, we need to define some grammatical vocabulary:
Verb. A verb is a word that describes an action or a state of being. Basically, a verb is something that you do. If you run, jump, hide, shout, eat, quote, or just are, that's using a verb.
Subject. The subject of a sentence is the thing that performs the action of the sentence. It almost always comes before the verb. For example, in the sentence "Lisa sat on the floor," Lisa is the subject because she is the one sitting. In the sentence "The photograph was viewed by all the students," photograph is the subject because it's what is being viewed.
Direct object. Direct objects receive the action of the verb. In the sentence, "She threw the ball," the word ball is the direct object because it's what's being thrown. You can usually find the direct object by asking "the verb what?" For example, "threw what?" - the ball.

What is active voice?

So just what is voice? In grammatical terms, voice is used to describe who is doing the action in a sentence. In active voice, the subject of the sentence performs the action of the verb.
Liza picked up the soccer ball and punted it across the field.
Mark didn't understand the question, but Ariel explained it to him.
In each of these example, the subject of the sentence is the one performing the action. Liza picked up the ball, Mike doesn't understand, and Ariel explained.

What is passive voice?

There's nothing inherently wrong with passive voice - it's grammatically correct, and as long as you use it properly you can still say what you need to say. Passive voice is usually frowned on in professional writing, however, because it's often wordy and vague, which can make your work difficult to read. For example, if your work included the sentence "The suspect was questioned thoroughly," you've left out some key information for the reader: who was doing the questioning? The sentence could be rewritten in the active voice to give the reader the complete picture: "The police questioned the suspect thoroughly."
Passive voice is also not as effective as active voice in writing because it's less forceful. Saying "The British were defeated by the Colonial Army at the Battle of Yorktown" is not as compelling as saying "The Colonial Army defeated the British at the Battle of Yorktown." You want your writing to be energetic and exciting, and using passive voice can make it feel dull.

When can I use passive voice?

Despite its problems, there are some occasions when it's appropriate, or even required, to use passive voice. The most common of these is in scientific writing, when passive voice is used to put distance between the authors and the work being presented.
For example, in a scientific paper, instead of saying "We conducted experiments to test the resistance of the bacteria to traditional antibiotics," you would write "Experiments were conducted to test the resistance of the bacteria to traditional antibiotics." As you can see, the subject of the first sentence (we) is now gone, and there is no one performing the action (conducting experiments) in the passive voice sentence. It might seem a little weird, but it's standard procedure when writing in the sciences so that any sense of personal action or opinion is removed from the work.
Passive voice can also be used when you don't know who is performing the action of the sentence or if you want to deliberately keep that information from the reader. For instance, it's common in crime reports (The car was broken into at 11pm Monday night.) because it's not known who actually committed the offense.

How do I change sentences from passive to active?

Have never ordered such serious papers, but your writers are amazing! It feels good to get a A in one click)