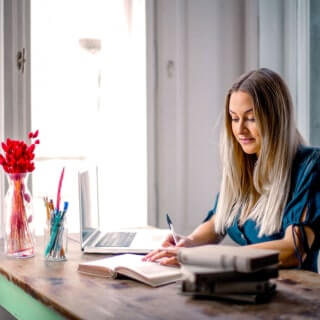 Dec 09, 2012
When constructing a research paper on Shakespeare, students should begin by identifying an area to concentrate on (for example biographical information, historical time period, writings, literary devices) and then proceed to obtain suitable resources to conduct an investigation. One of the major differences that should be noted with literature research as opposed to scientific research, is that literature papers are theoretically based and more often than not, rely heavily on secondary resources such as books, essays, and discussions. Therefore not only will students need to read and comprehend the text that they will be analyzing (plays or poems) but also to understand and extract information from various discussions and discourses on the topic compiled by authors and writers throughout history.

When identifying a suitable topic to examine its a good idea to remember the role of a research paper-to inform or explain. A quality research paper is one that presents a topic that is narrow enough to be thoroughly explored but expansive enough to be easily investigated. In addition to this, a topic and similarly a research question, should play the role of proving or arguing a point rather than merely stating a fact or observation.
The above requirements can easily be accomplished by first identifying an area of interest and then choosing a direction or angle to analyze it from. For instance, generally speaking, most literature papers will either discuss (a) the author, his/her time period and historical concerns or (b) the author's work and an analyses/evaluation of it. So to begin, you would select one of these broad categories to examine and then move on to further specify your topic by choosing an angle or direction. Some examples of this include; characters, plot development, literary devices (such as symbolism and imagery), and the role and representation of theory. These and other considerations will allow you to define your topic more precisely and therefore determine a realistic research question to pose. And to give you a better idea of the end result, some sample topics have been presented below.

The next step in paper construction, after conducting comprehensive research and note taking, is to prepare a well-structured and helpful outline to follow. Depending on your own preference or instructor's recommendations, your actual paper may be structured differently, but the basic components are usually the same; a clear introduction, body, and conclusion.
*In the sample provided below the body of the text would be the analysis and evaluation section.

Due to the complexity of Shakespearean literature the introduction is a crucial bridge point in connecting the reader to the concepts and ideas to be discussed. In other words, your introduction should serve as an ample 'transition' to the topic and prepare the reader for an analytical discussion on Shakespeare. Things to include maybe;

In reviewing and analyzing works of literature a primary element of discussion is the historical context of the writing. Reviewers and examiners proficient in this area have categorized literary works considering the chronology of historical events and their impact on the literature written at the time. As seen in Shakespeare, as well as with other authors, much of the outside world, whether politics or culture, heavily influence the selection of topics and themes in writing.
Secondly, the literature review is also a significant component and comprises the task of reviewing secondary sources and examining the discourse and discussion on a topic. When constructing a literature research paper some consideration to theory should also be given to assist in placing observations and analyses in their proper context. Some examples of literary theories include postcolonialism, formalism, deconstruction and aestheticism. Structural considerations are as follows;

The analysis of the literary selection involves carefully breaking down the text into several components and exploring various aspects previously discussed in the thesis statement. For instance, if examining a Shakespearean sonnet, this would entail separating the poem into recognizable parts (quatrains and couplets) and themes. The second portion, which is evaluating, involves making a statement or judgment of the literature based on your interpretation of it (backed and supported by decisive evidence such as quotations). Actions to take in this section are as follows;

Provide a comprehensive yet concise summary of the information presented focusing on the manifestation of the research question and its purpose being satisfied within the confines of the paper. Also acknowledge any shortcomings in your research as well as limitations in sourcing and what may have been done differently to improve results. Lastly, make a final statement on the topic and mention any issues to consider in future analysis.

Additional tips on preparing for your paper

A very important aspect in analyzing literature is having a strong and firm understanding of the information presented. A worthwhile suggestion is to first read the text for understanding (whether once or twice) and then refer back to it for evidence and support during the outlining and drafting stages of your paper. Its also permissible to take notes when writing to improve comprehension but avoid spending a lot of time developing ideas without properly understanding the text. This action may hinder any efforts of formulating a sound and logical position. Likewise, its advisable to read a wide range of material to effectively prove any arguments as well as verify the validity and credibility of writings (especially very old ones).
back to all posts
RECENT POST